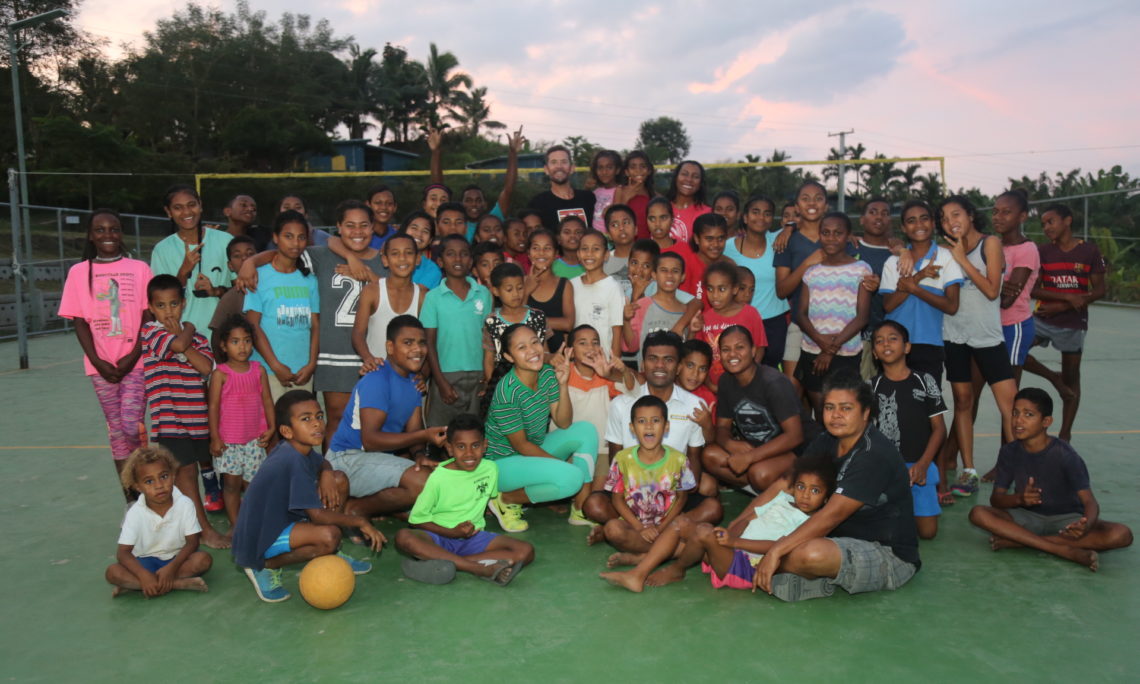 SANTA CLARA, Calif., –The Sports Diplomacy Division of the United States Department of State has called on the San Francisco 49ers Foundation’s 49ers EDU program and its  director Jesse Lovejoy to join its delegation to Fiji to deliver on the organization’s mission to build ever-strengthening relations between the United States and other nations through sport.

Earlier this year, Fiji’s Minister for Education, Heritage and Arts, Rosy Akbar publicly recognized the need to promote STEAM education in primary school education due to a shortage of skills in specific work areas across the island. Leveraging the institutional knowledge of and programming components from 49ers EDU, Lovejoy has been tasked with bringing STEAM based lesson plans to Fiji in order to provide both teachers and youth a better understanding of STEAM topics through sports such as American football, rugby and volleyball. Joining Lovejoy as a U.S. State Department Sports Envoy on the trip to Fiji will be American indoor volleyball player and Olympic gold medalist Danielle Scott-Arruda.

“It is an incredible honor and extremely humbling that the United States government would include 49ers EDU in its mission to leverage sports to make a positive impact on people abroad,” said Lovejoy. “Our STEAM-focused learning approaches were designed to fluidly adapt to different audiences, regions and sports, so we’re eager to connect with Fijian children and teachers in a way that’s relevant, compelling and exciting for them. Opportunities like this would not be possible without the support of Dr. John York and the York family and their constant encouragement to make education accessible for all throughout the Bay Area and beyond.”

Lovejoy will be working with the U.S. Embassy in Fiji, as well as local primary, secondary and collegiate teachers to explore new approaches to including project-based learning and the engineering design process to their lesson plans using sports as the vehicle. Through creativity and a cross-disciplinary approach, Lovejoy aims to show teachers how STEAM can be integrated into virtually any lesson plan. Once developed with the Fijian educators, Lovejoy will travel to multiple local schools delivering these lesson plans to beta test them, refine them and support the teachers in their continued development and adoption.

“We believe that STEAM education and sports can go hand-in-hand as the lessons learned on the field or on the court translate to life success in the classroom, the work place and beyond,” said Matt McMahon of the State Department’s Sports Diplomacy division. “49ers EDU is out front in using sport to promote STEAM literacy and we are excited to partner with Jesse and the 49ers on this program.”

Lovejoy and the 49ers EDU team previously partnered with the Department of State last spring to deliver STEAM-based programming to teachers and students at Chobham Academy in London. That partnership came to life while 49ers EDU was in the United Kingdom to execute a collaboration with Chelsea FC. 49ers EDU is actively seeking out like-minded organizations around that globe to collaborate with in order to spread STEAM education worldwide and interested entities are invited to contact Lovejoy at jesse.lovejoy@49ers.com to learn more.

The San Francisco 49ers and the 49ers Foundation leads professional sports in the support of STEM learning concepts for youth through 49ers EDU. 49ers EDU began its field trip program in 2014, in conjunction with the opening of Levi’s Stadium, to provide learning platforms for K-8 students through content-rich lessons using the STEAM principles of science, technology, engineering, art, and mathematics. To date, the program has reached more than 250,000 Bay Area students and educators – 60,000 annually – with 60% of students coming from Title I Designated schools. The 49ers Foundation has also invested in the 49ers STEM Leadership Institute’s Chevron STEMZONE at Cabrillo Middle School in Santa Clara, Calif., where a six-year curriculum that begins in seventh grade and continues through high school works to prepare students with high academic potential for careers in STEM. The STEM Leadership Institute, launched in 2014 in partnership between the 49ers Foundation, Chevron, ALearn Silicon Valley Education Foundation, and the Santa Clara Unified School District, currently hosts five cohorts of scholars totaling 300 students enrolled in the 7th, 8th, 9th, 10th and 11th grade program, which expanded to Santa Clara High School in fall 2016.