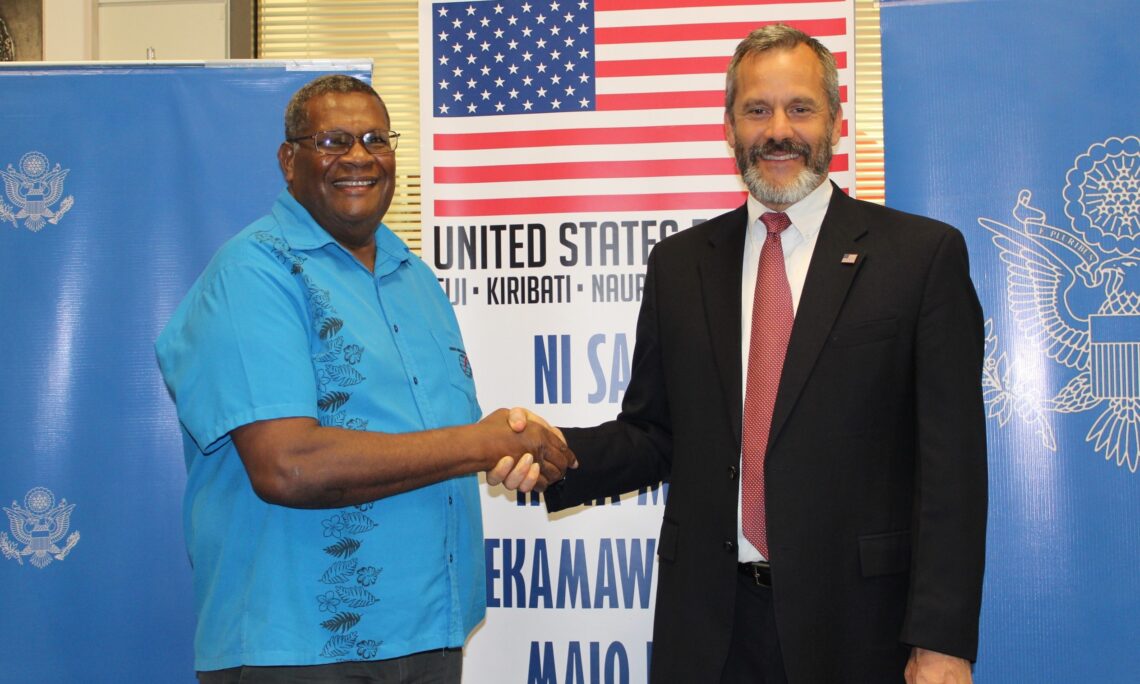 SUVA – The United States Ambassador to Fiji, Kiribati, Nauru, Tonga, and Tuvalu Joseph Cella announced that the United States officially joined the Pacific Power Association (PPA) as an Affiliate Member. The United States is proud to join the PPA as we have a shared goal to increase energy capacity in the region, including electrification for remote areas, infrastructure improvements, renewable energy, and training of local workforces, including women.

Ambassador Cella said, “We plan to work closely with the Pacific Power Association’s leadership and members to identify areas where the United States government, private sector, and non-governmental organizations can cooperate to meet regional energy goals. Today I met with the executive leadership of the PPA and am excited by all the plans in the region to improve access to electricity and infrastructure.”

In the region, the United States is following through on Vice President Mike Pence’s commitment to electrify Papua New Guinea with US$23 million in assistance, working with donor partners Australia, Japan, and New Zealand to reach 70 percent electrification by 2030.