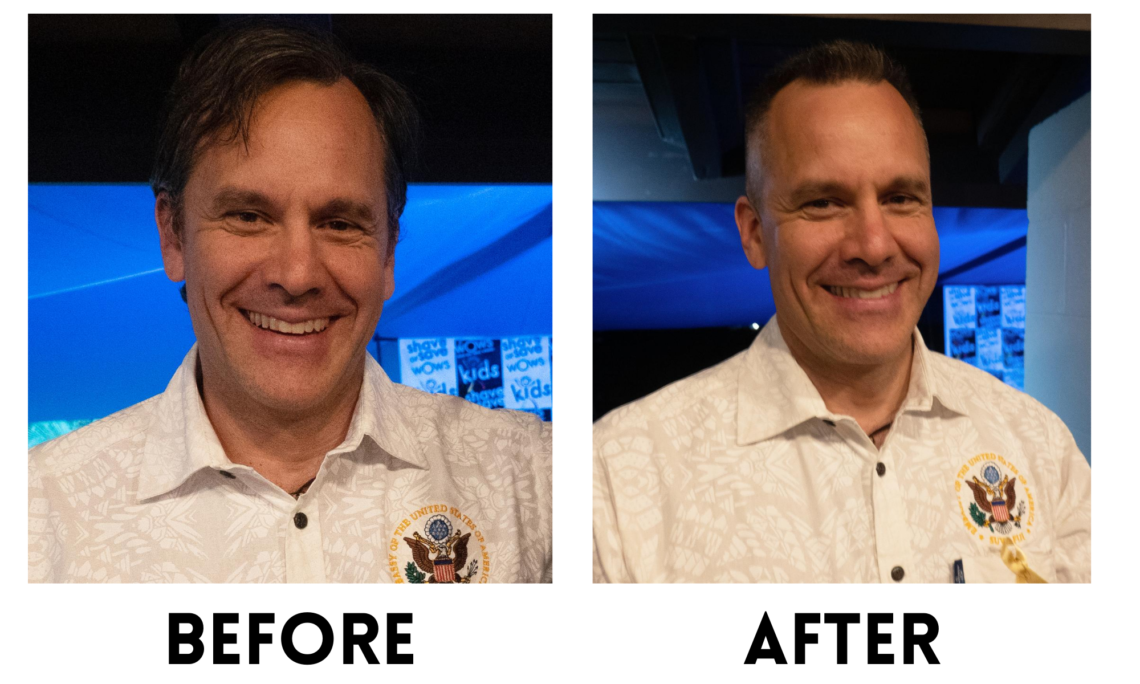 United States Ambassador to Fiji Joseph Cella along with his counterparts from Australia, France, New Zealand, and the United Kingdom shaved their hair tonight as part of a six-week fundraising drive to donate $20,000 for WOWS Kids Fiji, an organization that supports kids with cancer.

Ambassador Cella said, “It is a great delight to team up with my mates and counterparts to help the worthy cause of WOWS Kids Fiji!  We have been blessed with a first-time success and are deeply grateful to all of the supporters.”

“As an aside, my hair cut is a United States Marine Corps “high and tight,” which serves as a nod of deep gratitude and respect to all Marines who served and sacrificed in this combat theater during World War II.  The “high and tight” is also a way to commemorate 75 years of peace, stability and security in the Pacific,” said Ambassador Cella.

WOWS Kids Shave or Save is a successful fundraising initiative where volunteers or nominees donate their hair or money to raise awareness of childhood cancer. For the first time, five Chiefs of Mission have taken on the challenge to shave their hair or raise funds for such a worthy cause.  WOWS Kids Fiji, through their collaboration with the Ministry of Health, provide better support for families and their children living with cancer.