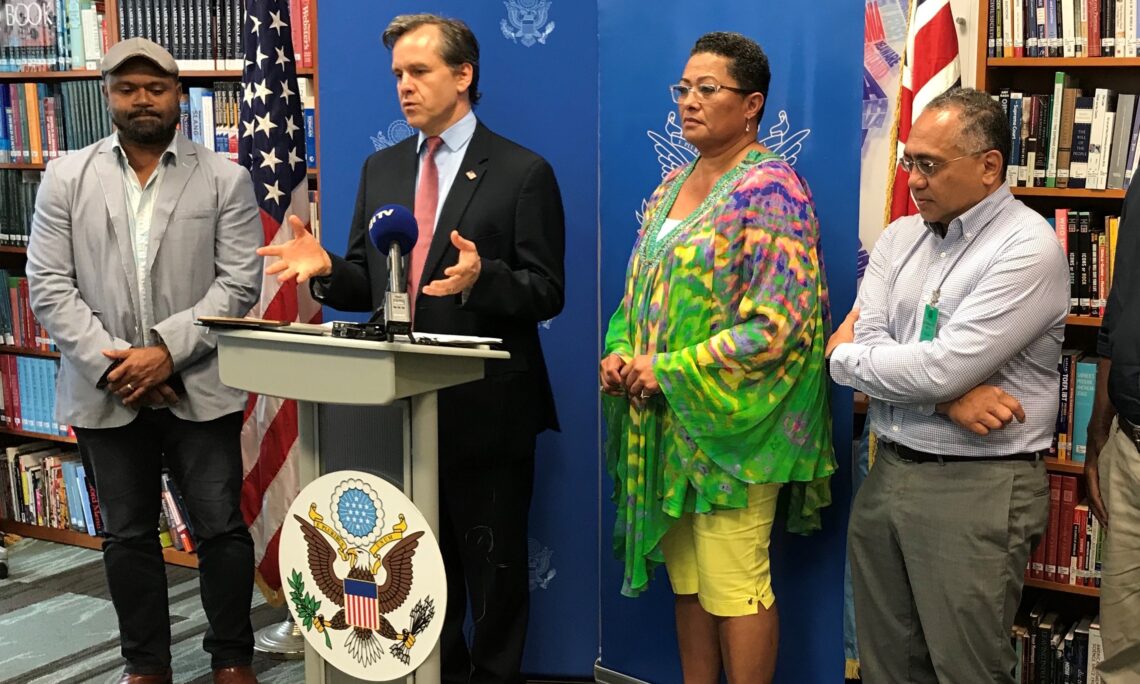 “The COVID-19 crisis created opportunities for creatively re-thinking bilateral trade between Fiji and the United States,” Ambassador Cella said. “There’s a hunger in the United States for Fijian-made and grown products and likewise a hunger here in Fiji for American-made products.  Today we facilitated a series of talks between buyers, sellers, and government regulators on how we can increase this trade in goods, which will ultimately result in more choices, lower prices, and more jobs for Fijians and Americans.”  Exporters trading in coffee, kava, cocoa, ginger, coconut, turmeric, and fruit attended.

The Import-Export Workshop brought together representatives from Fiji’s dynamic export sector to speak with potential buyers in the United States to learn what Americans want in Fijian goods and how to effectively market to them.  They also heard from officials with the U.S. Food and Drug Administration (FDA), which regulates imported food items, on how to meet U.S. standards.  The FDA requirements initially intimidated some of the attendees, but after the session learned where to find the information they need to expand their business to the U.S. market.

Minister for Commerce, Trade, Tourism, and Transport Faiyaz Koya made opening remarks where he highlighted exports are a bright spot for the Fijian economy that is coping from the loss of tourism revenue due to COVID-19.

The second session focused on importing from the United States.  Attendees heard from representatives from Biosecurity Authority of Fiji to learn how to bring in U.S. food products, in addition to lessons on how to buy directly from U.S. sellers by officials with the state of Texas and the U.S. Department of Agriculture.  Executives with Fiji’s largest supermarkets were in attendance and expressed enthusiasm for bringing in more U.S. food products to Fiji.

The first Fiji Forward event was held on May 19, which featured opening remarks from Prime Minister Voreqe Bainimarama.  Ambassador Cella said future Fiji Forward roundtables and workshops will be announced over the coming weeks.

The round tables bringing together business leaders in Fiji and the United States and government leaders in both countries will continue into the future.