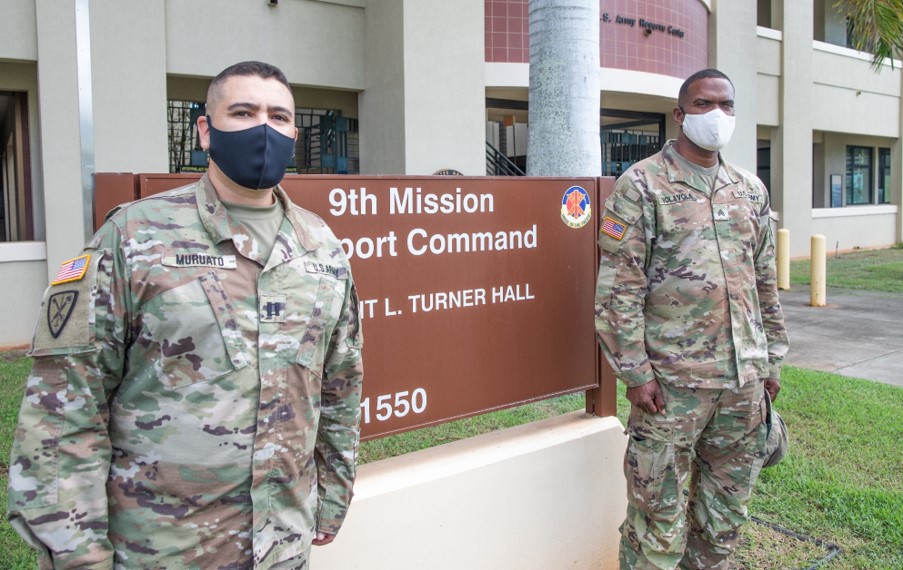 SUVA – The U.S. Army 322 Civil Affairs Brigade, part of the 9th Mission Support Command (MSC), is currently partnering with three Soldiers from the Army National Guard to conduct civil-military operations in the Oceania region of the Pacific.

The three Guardsmen are Major Patrick Arizmendi and Captain Luis Muruato of the Nevada National Guard and Captain Chris Meza of the Wisconsin National Guard. These states currently have existing partnerships with Fiji, Papua New Guinea, and Tonga as part of the National Guard’s State Partnership Program (SPP).

U.S. Ambassador to Fiji, Kiribati, Nauru, Tonga and Tuvalu, Joseph Cella said, “We have a very high regard for the State Partnership Program, it is exemplary, and it has born great fruit during a very important time of the history of the Indo-Pacific. This program is integral to maintaining the 75 years of peace the Indo-Pacific has been blessed with, which we have commemorated and celebrated throughout this year. It allows us to work alongside our partners in the Indo-Pacific for our joint development and deployment readiness through expert exchanges and training. As a fortifier of bridges, I am pleased to herald and promote the importance and efficacy of this program that reinforces our enduring partnerships and advances security in the Indo-Pacific.”

“The SPP has successfully built relationships over 25 years and now includes 78 partnerships with 84 nations around the globe. SPP links a unique component of the Department of Defense – the states’ National Guard forces – with the armed forces or equivalent of a partner country in a cooperative, mutually beneficial relationship,” said Arizmendi.

“Working directly with the Army Reserve is a great opportunity. This is my first time working directly with this component, and I am impressed by the professionalism of the Soldiers of the 322. This is a unique mission in a unique part of the world, and I believe the parallels between SPP and Task Force Oceania makes this a mutually beneficial partnership for both components,” said Muruato.

“The Reserves, by partnering with the National Guard, bring a multitude of force multipliers ranging from non-commissioned officer schools to tactical training opportunities. A continued partnership between the organizations allows both parties to present our partner nations with these opportunities and can serve as a bridge between two components that would otherwise rarely interact with each other,” said Meza.

Colonel Blaise Zandoli, TF-O Commander, believes having the National Guardsmen on the team brings value to the Army’s mission beyond the addition of well-trained Soldiers. “Bringing Guardsmen onto the team also adds the stability of a habitual Army relationship with the SPP partnered countries that helps ground TF-O and provides another line of effort for SPP. It’s a real ‘win-win’ for the Army Reserves and the National Guard.”