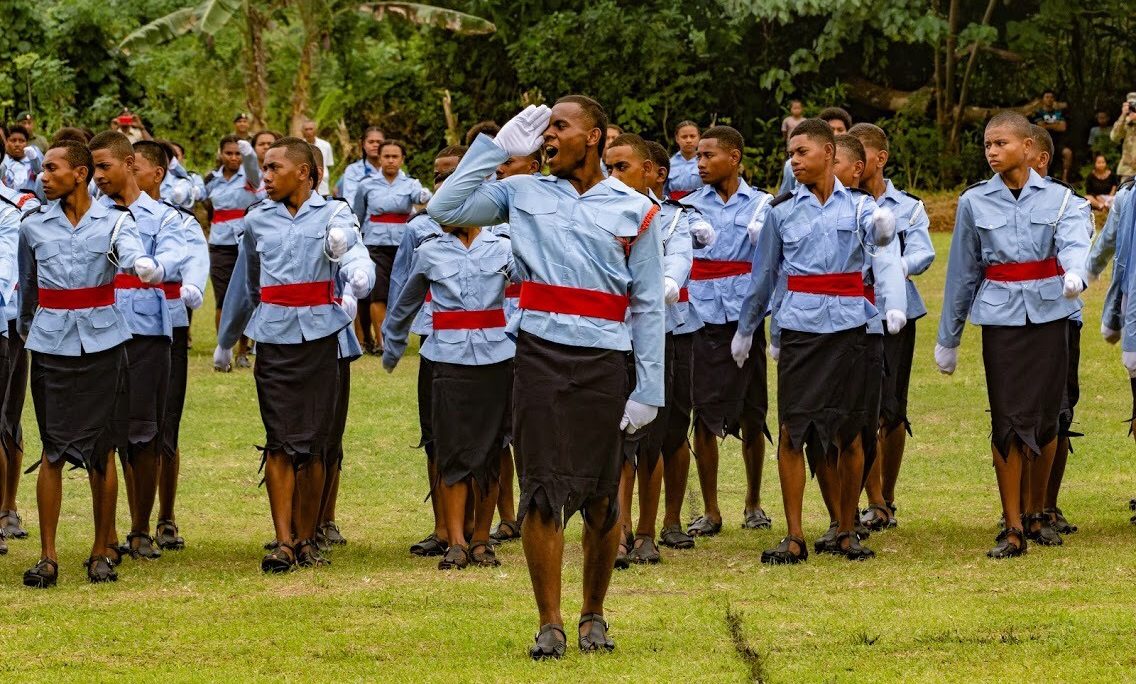 The military relationship between the U.S. and Fiji is strong and based on mutual respect and cooperation. Cartwheel looks to further establish that relationship and deepen ties.  “We’re very grateful for all of what the Pacific Pathways mission has brought here to Fiji,” said Fijian Col. Litea Vulakoro Seruiratu, who serves as director of human resources, for the Republic of Fiji Military Forces. “A lot of benefits come with Exercise Cartwheel; it encourages increased security and cooperation with a lot of our neighboring countries in the Pacific, and that’s really important for us.”

The display serves in many ways. It generates interest for the youth coming up in the surrounding villages to fill the ranks of the RFMF, and it offers an opportunity for the U.S. Soldiers to interact with the remote communities around Napuka Village.  “There has been a lot of people leaving the (Fijian) military,” Seruiratu said.  “So the U.S. Army Pacific coming in here and enhancing the skills of our Soldiers, and to have them display them at the Napuka graduation is a blessing. It generates a lot of interest, so when the U.S. leaves, people from around our second biggest island will come in with interest, and we’ll be able to start enlisting new Soldiers.”

Although the display wasn’t comprehensive to what Exercise Cartwheel continues to offer, it was a good taste of the jungle tactics.  The ex

ercise is ongoing and the infantry portion consists of three major areas that include a jungle squad and platoon situational training exercise, general rifle marksmanship, and military operations in urban terrain, which includes clearing rooms and buildings, explained Sgt. Major Timmothy Henry, who serves as operations sergeant major for 1/27 Infantry.  Cartwheel is focused on exchanging best practices in tough environments with difficult training. It establishes a foundation to develop strong relationships with the Republic of Fiji Military Forces, for future Pathways missions.

my are in these austere jungle conditions to build cohesiveness through a shared experience of hardship and difficulty,” said 2nd Lt. Michael Fink, a platoon leader with 1/27 Infantry. “It forges a strong bond in our ranks, which allows us to maintain a positive relationship, which is key in providing stability throughout the entire Pacific theater.”

The U.S. and Fiji are no strangers to working with each other on a military level, and there is an intent to build upon the foundations, which Cartwheel is establishing.  “As these Pacific Pathways exercises become formalized, we’ll be able to do a lot more things, and I feel like it’s going to get big, and will not only involve Fiji, but a lot of our neighboring countries in the Pacific,” Seruiratu said. “It will come with increased security and cooperation from within, and that’s really important for us.”