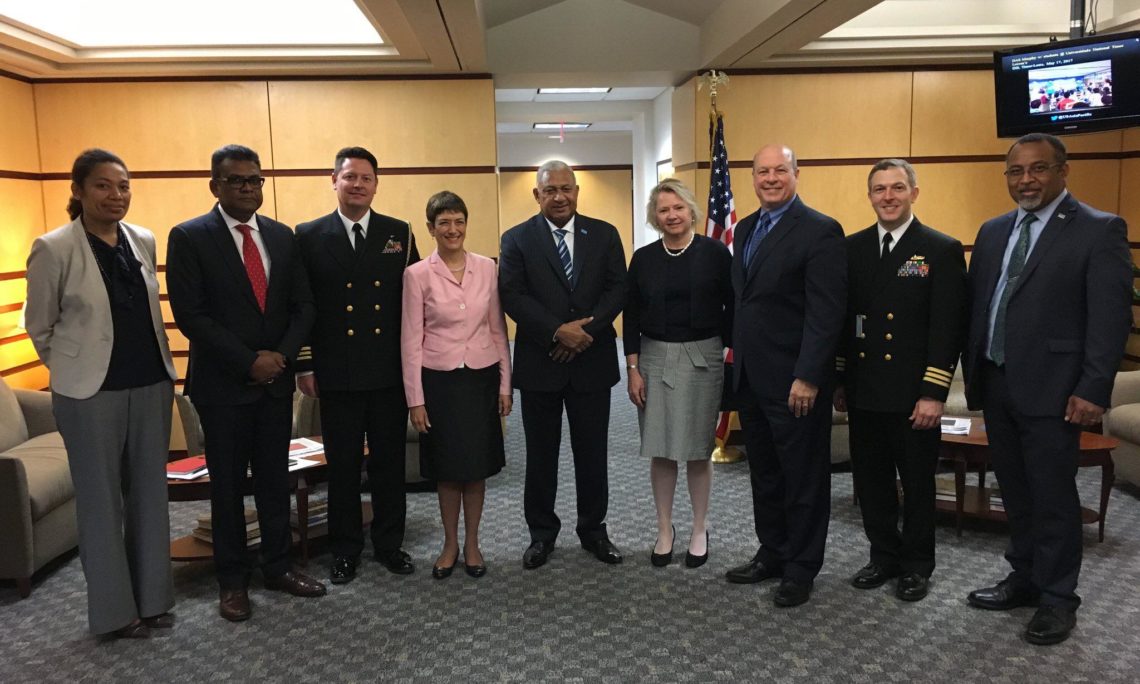 On Monday, June 12, Prime Minister Voreqe Bainimarama met with Acting Assistant Secretary Thornton and other senior U.S. Government officials in Washington, D.C. in the course of the first bilateral dialogue to take place in the United States since Prime Minister Bainimarama took office following the 2014 Elections. During the discussion, the Prime Minister gave a broad overview of opportunities to strengthen the relationship between Fiji and the United States and work together on multilateral engagements. “We believe our relationship with the United States should naturally be a close one,” said the Prime Minister. “We have fought beside you in two world wars and worked with you in important peacekeeping operations around the world. Fiji believes strongly that effective multilateral engagement is needed to address modern-day development challenges like terrorism, international crime and climate change,” he said. Mr. Bainimarama also said that Fiji looked forward to continued engagement from the United States to address the severe impacts of climate change. “We have great faith in the goodness and reason of the American people and the private sector – including corporations and civil society – and we hope that we can continue to work together to stop and reverse the impact of climate change,” he said.