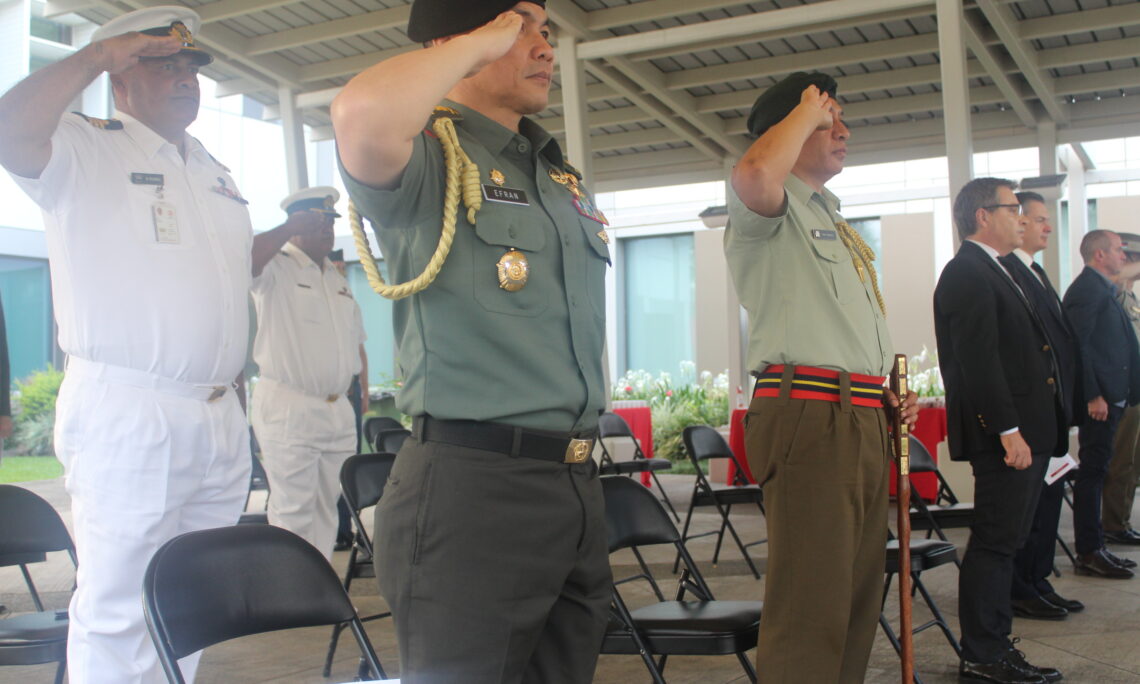 On May 26th, Ambassador Joseph Cella commemorated Memorial Day with a short ceremony at the United States Embassy in Suva.  In addition to Embassy personnel, attendees included senior officers of the Republic of Fiji Military Forces (RFMF), members of the diplomatic corps, and military representatives of Australia, Indonesia, Japan, and New Zealand.  Memorial Day is an American holiday honoring those Soldiers, Sailors, Airmen, and Marines who lost their lives in the service of the United States.  The origins of Memorial Day stretch back to the late 1860s in the aftermath of the American Civil War when citizens across the United States began taking time in May to decorate military memorials and war graves with flowers.  Today, Memorial Day marks the unofficial start of summer in the United States, and many people celebrate the occasion with family barbeques and social gatherings.  However, the day remains a somber occasion to remember lost comrades, especially for members of the armed services.  Ambassador Cella marked the occasion with by paying tribute to those Americans whose sacrifice in the name of freedom echoes around the globe. Chief guest Rear Admiral Viliame Naupoto, Commander RFMF, also gave remarks honoring those who have paid the ultimate sacrifice in the service of their country.  RFMF Assistant Chaplain Reverend Captain Viliame Tunidau and Father Joseph McHugh gave prayers for peace and eternal blessings for those who have laid down their lives in the name of their brothers and sisters.