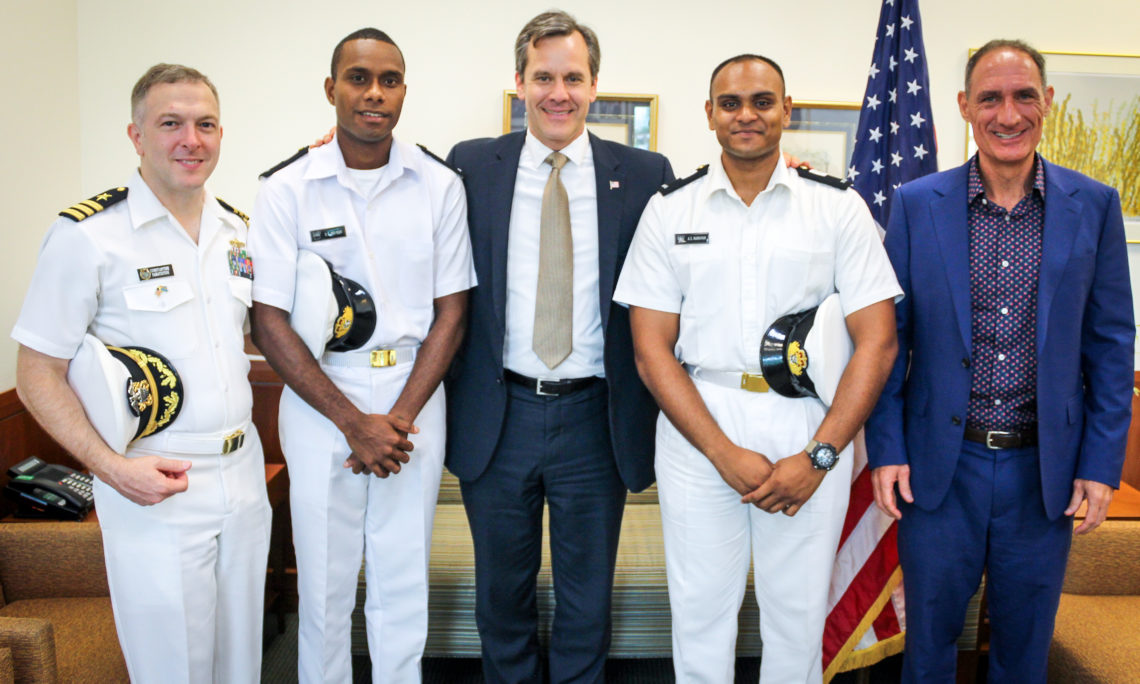 Midshipmen Osea Melibua and Adrian Siu Narayan have been selected to attend a prestigious preparatory school to prepare them for attending the U.S. Naval Academy in Annapolis, Maryland later in 2020.  The two midshipmen will be attending the New Mexico Military Institute (NMMI), a public military junior college located in Roswell, New Mexico. Founded in 1891, NMMI remains the only state-supported co-educational college preparatory high school and junior college in the United States.  Melibua and Narayan have been with the Republic of Fiji Navy (RFN) for the last 10 months and were recruited together.

Melibua has always wanted to join the military because his father and brother are in the Fijian Army.  He recently graduated from Gospel High School. Melibua is from Beqa Island where he enjoys snorkeling and scuba diving with his cousins and playing rugby.  He hopes to boost the capabilities of Fiji’s naval surveillance by participating in this exchange program.

Narayan recently graduated with a bachelor’s degree in mechanical engineering.  He has been longing to serve and give back to his country so he was very excited when the opportunity arose to join the RFMF Navy.  He is from Nadi and represented his home city at the district level in a football tournament.  Narayan hopes to contribute to Fiji’s Navy by modernizing and streamlining the processes so they make the biggest impact.

Melibua and Narayan met with U.S. Ambassador Joseph Cella and U.S. Defense Attaché Constantine Panayiotou just before the holidays.  They will depart Fiji for the United States to begin their training this weekend January 4 and 5.  The program they will be entering has been set up specifically for those preparing to enter the Navy, Army, Air force, and Merchant Marine academies. Course curriculum includes writing, pre-calculus, chemistry, physics, military science, and physical training. In addition to academic requirements, they will be participating in general military training, drills, and marching. The midshipmen will be assigned to a troop and squadron to include a Troop Leadership Advisor to serve as their academic advisor. All course work at NMMI is accredited and transferrable.