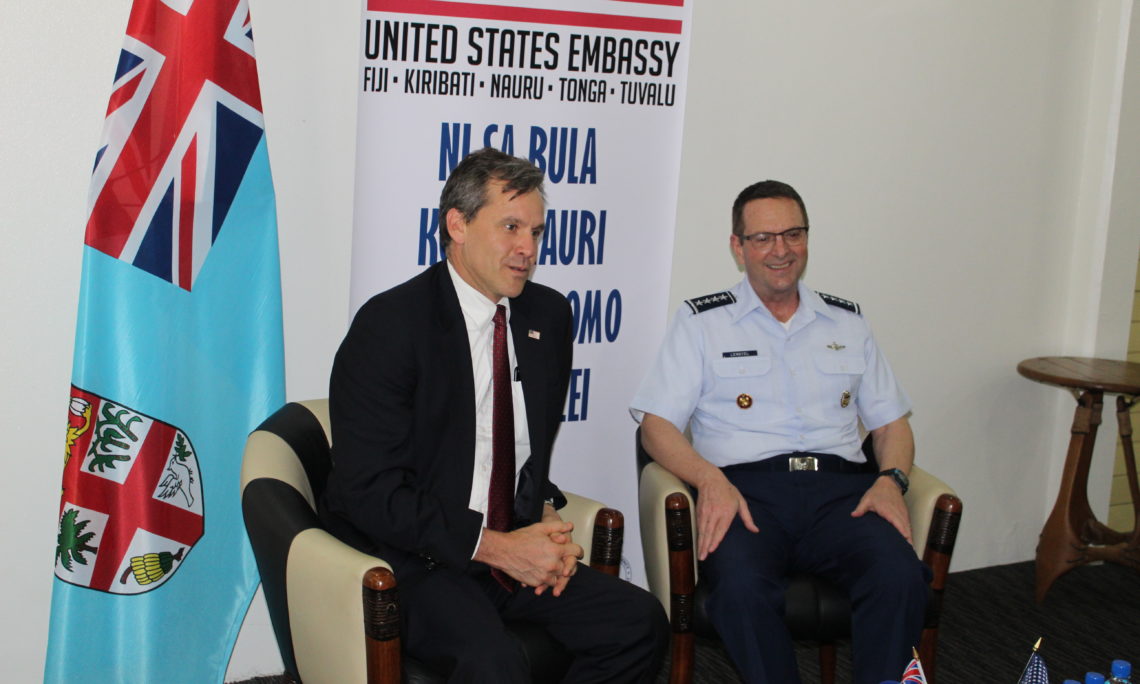 The Chief of the National Guard Bureau and member of the Joint Chiefs of Staff of the United States of America, General Joseph Lengyel, visited Suva, Fiji from 30-31 January to emphasize the importance of Fiji’s State Partnership Program with the Nevada National Guard.  General Lengyel met separately with Commander RFMF Admiral Viliame Naupoto and Minister of Defence and National Security Inia Seruiratu.  The General was welcomed by a Guard of Honor at Queen Elizabeth Barracks and was honored with a sevusevu ceremony.  The state partnership program between Fiji and Nevada was signed in February 2019 and includes regular training exchanges between the RFMF and American National Guard forces.  The General was accompanied in his meetings by Ambassador Joseph Cella and Brigadier General Ondra Berry, the Adjutant General of the State of Nevada.