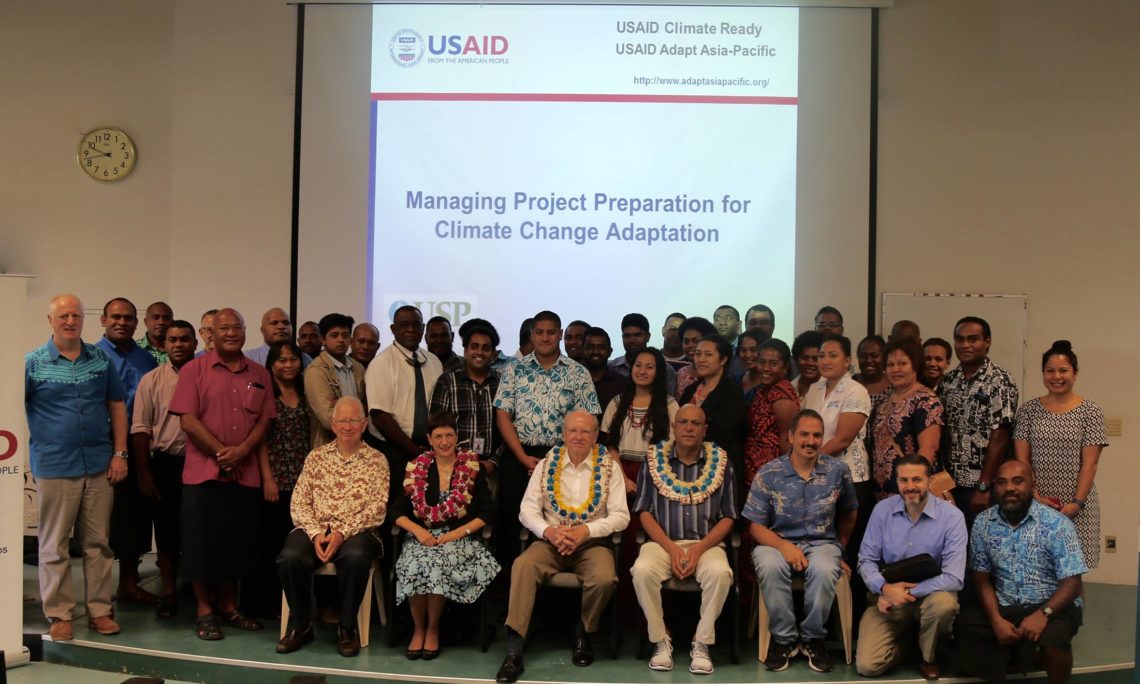 Ambassador Cefkin launched the “Understanding and Accessing Climate Finance” training course, supported by the United States Agency for International Development, in partnership with the University of the South Pacific. This course is the first activity sponsored by USAID’s Ready project.

Suva, Fiji – The U.S. government, through the United States Agency for International Development (USAID), launched a new course titled “Understanding and Accessing Climate Finance.” This course is a joint undertaking between the University of the South Pacific and USAID’s Ready and Adapt Asia-Pacific projects.

The two-week training course will help participants to access and manage future climate funding in the Pacific. Participants include government officials and representatives from the private sector who have an interest in understanding climate finance and who will manage the preparation of future climate change adaptation projects.

The course is the first activity sponsored by USAID’s new Ready project and draws on the experience of the USAID Adapt Asia-Pacific project, which, over the past six years, has assisted governments and other partners to access international climate financing. United States Ambassador Judith Cefkin said that the U.S. government is pleased to partner with Pacific Island governments and the private sector to strengthen the resilience of the communities in the region to natural disasters.