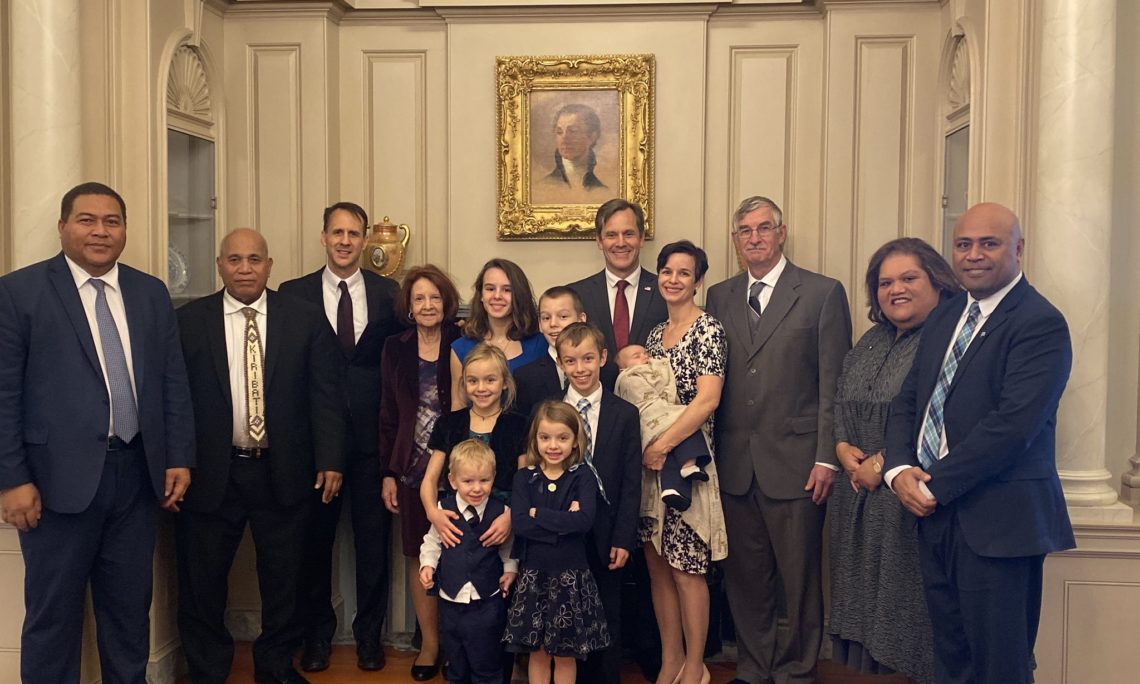 Ambassador Joseph James Cella was sworn-in as Ambassador to Fiji, Kiribati, Nauru, Tonga, and Tuvalu on November 25, 2019.  He has over twenty-five years of experience in public service, the private sector, and nonprofit work.  He has advised Members of the United States Senate and House of Representatives, served on the boards of several non-profit organizations, and served as a confidential advisor to various public officials, religious leaders, and business leaders.

He is the founder of the Pontifex Group, a consulting firm whose practice areas include public policy, public relations, crisis management, and institutional launching and growth.  He is the founder of the National Catholic Prayer Breakfast, which has welcomed presidents, chief justices, and other distinguished speakers and guests.  He also helped to found and served on the boards of In Defense of Christians and Fidelis (Catholic Vote), and worked with over a dozen other nonprofit organizations, including Hillsdale College, where he earned his B.A.

Mr. Cella served as the Catholic Liaison for the Donald J. Trump for President Campaign and managed the campaign’s Catholic Advisory Group.  He also served on the Presidential Transition Team.  He and his wife, Kristen, have seven children, four boys and three girls, ranging from 14 years old to 6 months.