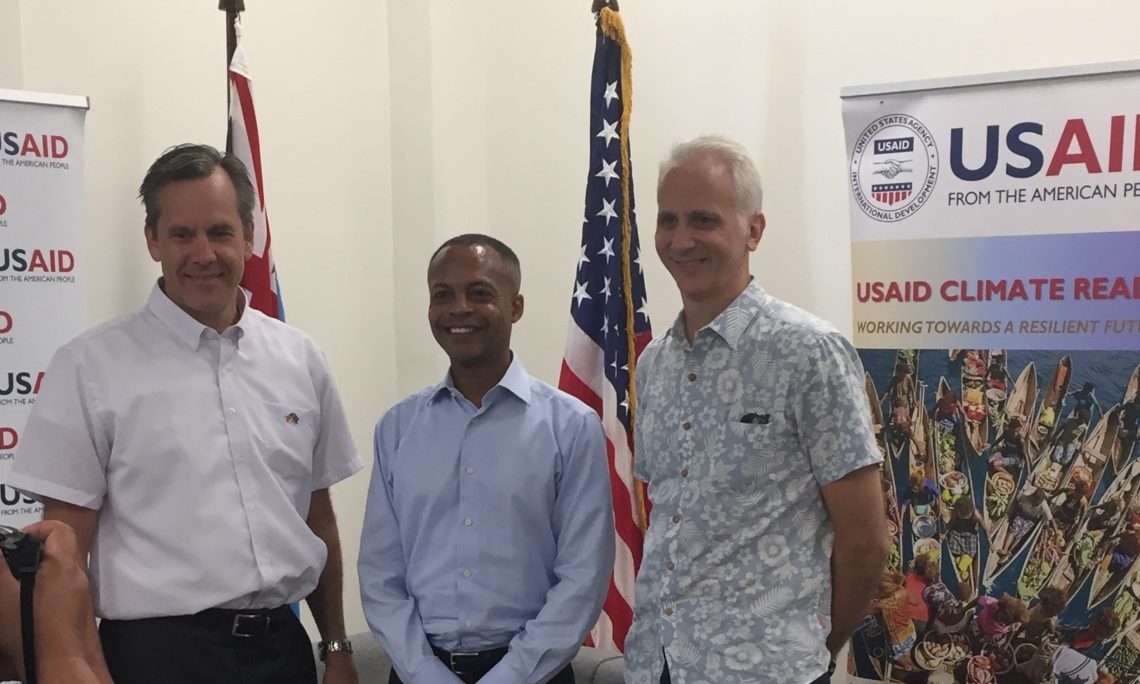 Funafuti, Tuvalu: As a Pacific nation ourselves, the American people value their close friendship with the people of the Pacific islands, including Tuvalu.  The United States considers our Pacific neighbors to be important partners in fostering a free and open Indo-Pacific region, and we greatly value our historical ties, strong economic links, and mutual cooperation toward a brighter, more resilient future.    The U.S. Government is expanding its relationship with the Pacific Islands region.  In total, the U.S. Government is committing over $100 million in new U.S. assistance to the region as part of its Pacific Pledge of the Indo-Pacific Vision.

The U.S. government, through USAID, has a number of ongoing development projects on climate change and disaster risk resilience here in Tuvalu.  These projects have already yielded several positive results. For example, our partnership has resulted in the establishment of a national coordination mechanisms to manage, implement, monitor, and evaluate multi-sector interventions on climate adaptation.  This includes the assistance for the development of the Tuvalu Development Fund Payout Policy and the accreditation of Tuvalu’s Ministry of Finance and Economic Development as a National Implementing Entity of the Adaptation Fund.

While here in Tuvalu, It was a pleasure to be accompanied by U.S. Ambassador Cella and to have meetings with partners from the government and others to reinforce the U.S. Government’s commitment to build a more prosperous future for people of the region.  I was particularly pleased to discuss USAID’s Ready project.  Through this project, USAID is working with government partners and other stakeholders in the region to draft and implement policies to achieve the country’s adaptation goals, as well as increase Pacific islands access to international sources of climate finance.  Since 2017, the U.S. Government has helped partner countries to identify and mobilize 81 million dollars from international climate funding sources for investment in the Pacific.

Some of the initial areas of collaboration include capacity building thorough courses in project management and project preparation courses for government and non governmental representatives and technical assistance for the development of a framework for the Tuvalu National Adaptation Plan.

I look forward to the success of our new partnership.  The U.S. Government is committed to working with the Government and Tuvalu as we build a more prosperous future for the people of this country and the entire Pacific Islands region.