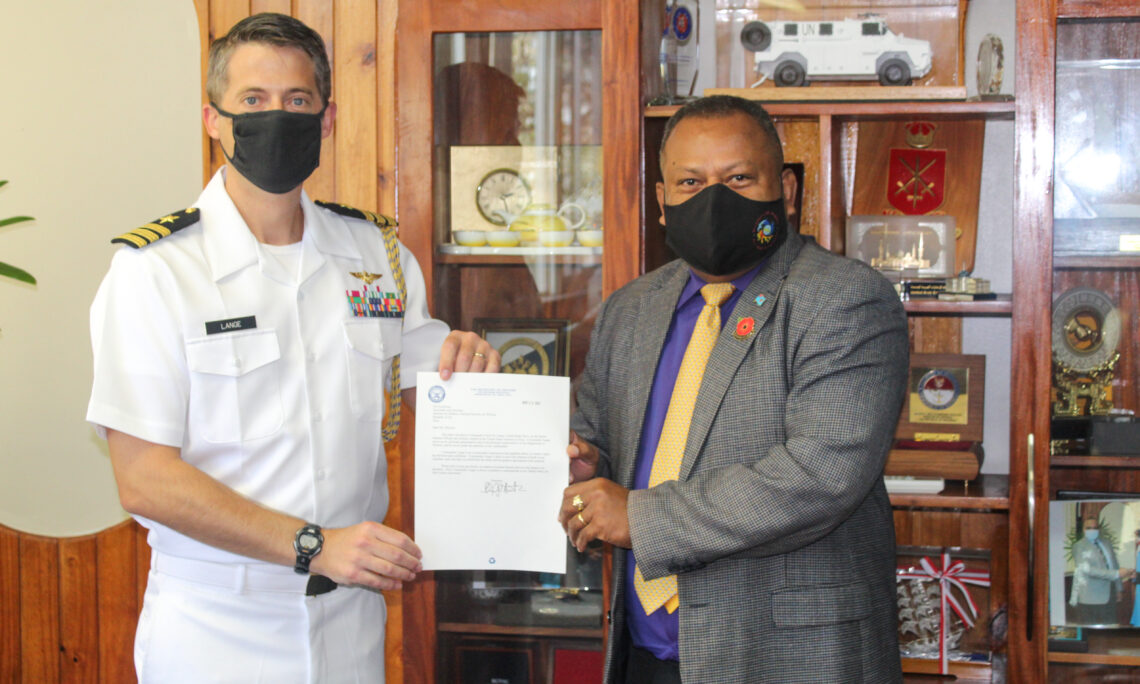 Fiji, Suva – During an office call at the Fijian Ministry of Defense, on Wednesday October 27, Commander Victor Lange of the United States Navy presented his credentials as the Senior Defense Official and Defense Attaché of the United States of America to the Fiji Minister of Defense and National Security, the Honorable Inia Seruiratu.

Commander Victor Lange said, “The United States military will continue to explore paths for collaboration with Fiji, and other large ocean states, to ensure a free and open Pacific region.”

As the Pacific Region begins to open borders, Commander Lange discussed with Minister of Defense and National Security, the Honorable Inia Seruiratu, significant security cooperation initiatives between Fiji, the United States, and like-minded partners throughout the Pacific region.