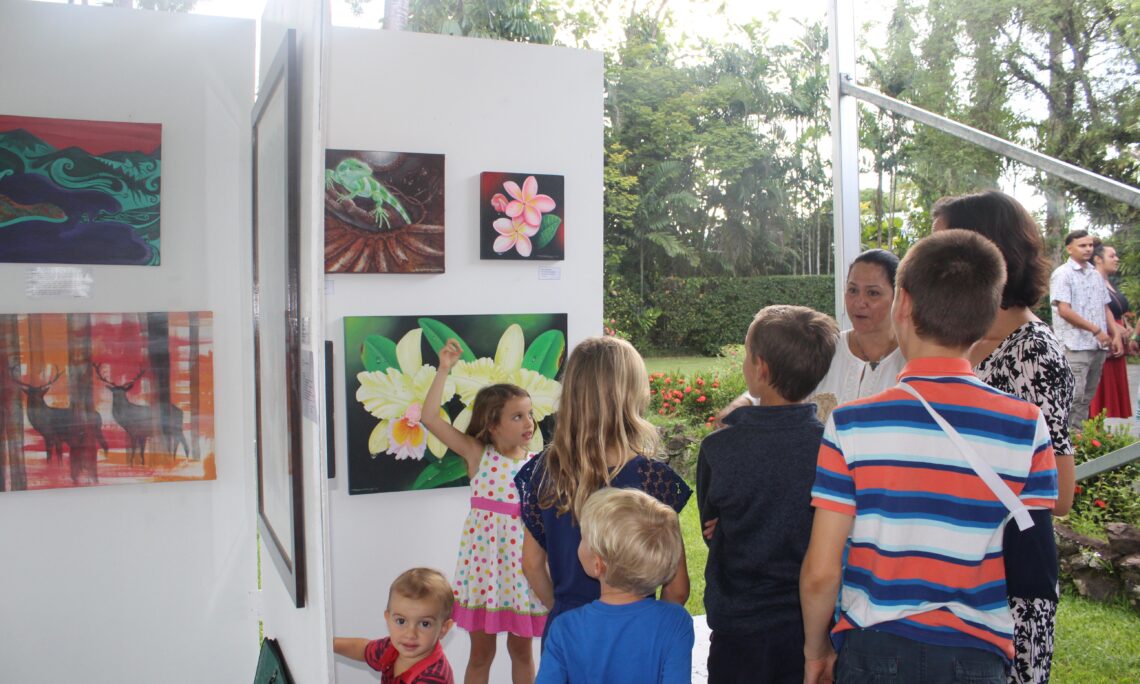 SUVA – U.S. Ambassador Joseph Cella and his wife Kristen hosted an event to showcase his Arts in Embassies collection at Somerset House in partnership with the Fiji Arts Council on January 13. The exhibition at the Chief of Mission Residence for the Embassy of the United States of America in Suva featured art from the United States as well as local artists.

Ambassador Cella said, “We would like to express our immense gratitude to the featured artists from the United States of America in this exhibition for generously lending their beautiful works to the Department of State’s Art in Embassies program, as well as to the gifted local Fijian artists and the Fiji Arts Council. These artists represent the rich diversity of thought and expression of both Fiji and the United States. Building and fortifying bridges with friends, allies and partners is imperative for successful diplomacy, and utilizing culture and the arts is an excellent and creative opportunity to do so.”

Ambassador Cella’s Art in Embassies exhibition includes 11 works of art from six U.S. artists. He also selected 34 works from 12 Fijian artists to highlight the love for art and culture that unites Fijians and Americans.

All guests were presented with a commemorative booklet in which an introduction containing a narrative of the art Ambassador and Mrs. Cella selected, which range from landscape and maritime scenes from their beloved home state of Michigan, as well as ships and bridges, which serve as a nod the Ambassador’s family roots and his nature, role and focus on serving as a bridge builder.

The Ambassador is proud to collaborate on this exhibition with the Fiji Arts Council (FAC), a charitable organization established in 1964 as a coordinating body for the preservation, development, and promotion of art in Fiji. U.S. Embassy Suva will be featuring works from the recent 2020 National Fine Arts Exhibition hosted by FAC at the Grand Pacific Hotel.

U.S. Department of State’s Office of Art in Embassies (AIE) is a program that plays an important role in public diplomacy by creating temporary and permanent exhibitions, artist programming, and publications. With over 200 venues, AIE curates exhibits for the representational spaces of all U.S. Ambassadors’ residences and new embassies worldwide, selecting and commissioning traditional and contemporary art from the United States and the host countries.