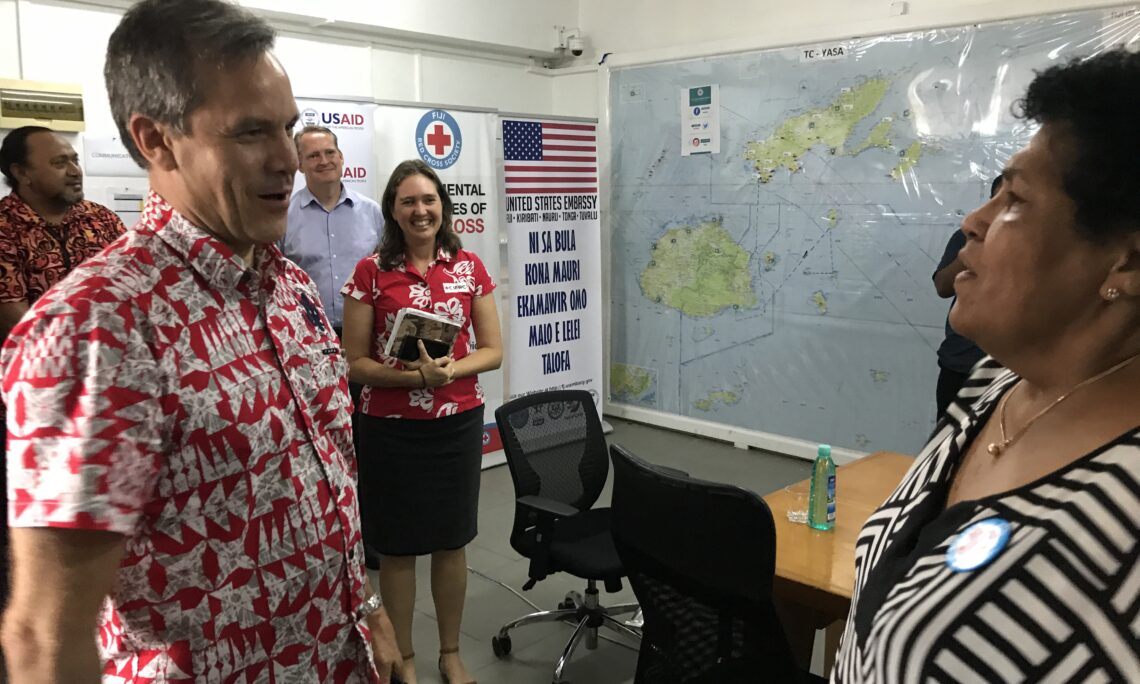 Today, U.S. Ambassador to Fiji Joseph Cella announced approximately US$200,000 (FJD$406,394) in additional funding to support recovery efforts following the devastation caused by Tropical Cyclone Yasa, one of the most powerful storms to ever hit Fiji. This new funding brings the total emergency assistance from the U.S. Agency for International Development (USAID) to approximately US$300,000 (FJD$609,590). These additional funds will bolster the ability of our humanitarian partner on the ground—the International Federation of Red Cross and Red Crescent Societies (IFRC) and their local partner the Fiji Red Cross Society—to scale up response efforts in communities affected by Tropical Cyclone Yasa.

Ambassador Cella said, “We are delighted to announce this additional funding that was made possible through USAID and hope that it will further bolster the recovery efforts that are already underway. The Fijian people have shown tremendous strength and resilience in both preparing for and limiting casualties during Cyclone Yasa, and we are proud to remain strong partners on this journey to self-reliance and resilience.  I am grateful for our continued strong and historic partnership with the Red Cross, a storied institution for which I hold in the highest regard.  They are one of the first responders on the front lines, helping the most vulnerable hit hardest, who can be at risk of being forgotten.”

Tropical Cyclone Yasa made landfall on December 17 over Vanua Levu Island, with sustained winds of approximately 132 mph and higher gusts up to 215 mph.  More than 23,000 people      were evacuated in advance of the tropical cyclone, which resulted in several deaths; scores of destroyed homes, community buildings, and crops; flooding; and power outages.

USAID also supports year-round disaster risk reduction programs in Fiji to help communities prepare for and be more resilient to humanitarian disasters.  For example, USAID partners with IFRC to train volunteers and support community disaster response committees.  With support from this program, the Red Cross was able to pre-position relief supplies throughout Fiji and mobilize 150 volunteers to serve as first responders ahead of Tropical Cyclone Yasa.  Through a partnership with Field Ready, USAID also works with local manufacturers to design and produce innovative products, such as foot-operated handwashing stations and portable toilets, that can be used during emergencies, giving communities locally-available tools to stay healthy and stave off disease in the aftermath of a disaster.