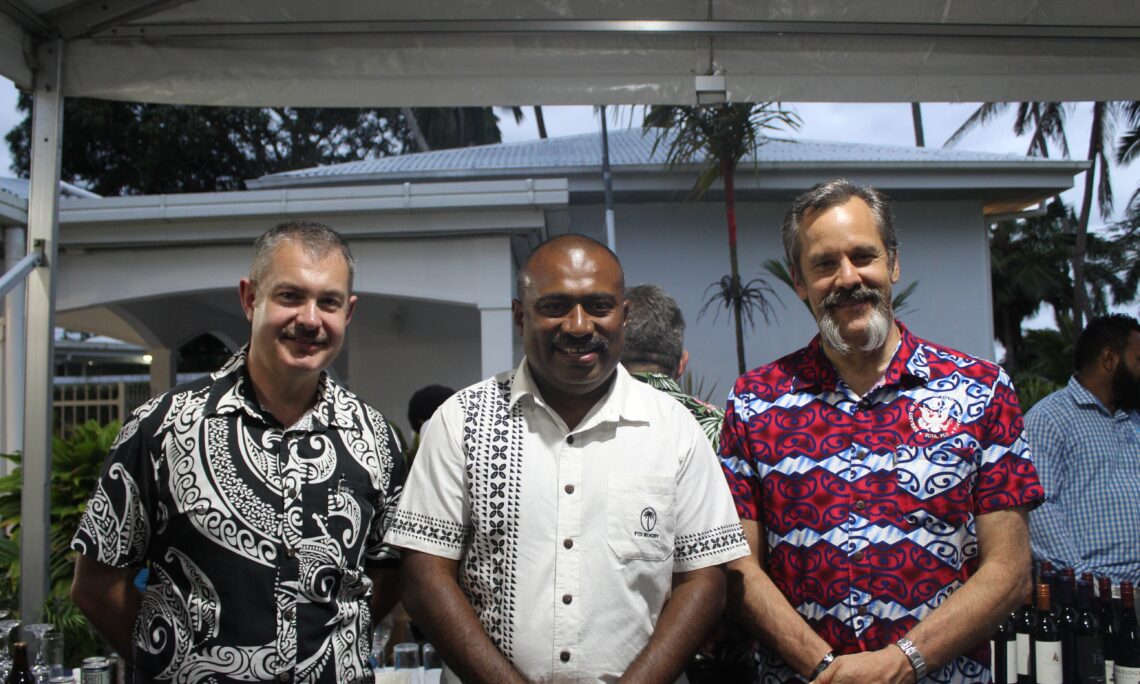 SUVA – On Monday, November 30, U.S. Ambassador Joseph Cella hosted Minister for Health Ifereimi Waqainabete, New Zealand High Commissioner Jonathan Curr, other members of the diplomatic community, government officials, and staff of the U.S. Embassy who committed to letting their beards grow in November to promote Men’s Health Awareness Month. The purpose of the event is to raise awareness with the Fiji Cancer Society on supporting healthy lifestyles for men’s health.

Ambassador Cella said, “Men’s health is a cause especially dear to us, the men who have grown their beards this November. Many of us have had men who are loved ones impacted by cancer. I am pleased to build bridges with the Fiji Cancer Society to raise awareness for this important cause and promote healthy living.”

Ambassador Cella recruited many individuals in and out of the Embassy community to grow their beards for men’s health. Following remarks by Ambassador Cella and Minister Waqainabete, the participants shaved down to moustaches and then to clean shaven for group photos.

The Fiji Cancer society is a registered non-profit organization that provides cancer education and health motion, patient support, and funding to the National Cancer Center in Fiji. Prostate Cancer is unfortunately on an upward trend in Fiji. In a survey conducted in 2014 by USP, 92% of the male population had not had a prostate cancer screening before the survey. In some cases, by the time men seek medical help, they are in advance stages of the disease. In 2016, a global survey revealed that the average male life expectancy lagged behind women’s life expectancy by four years.