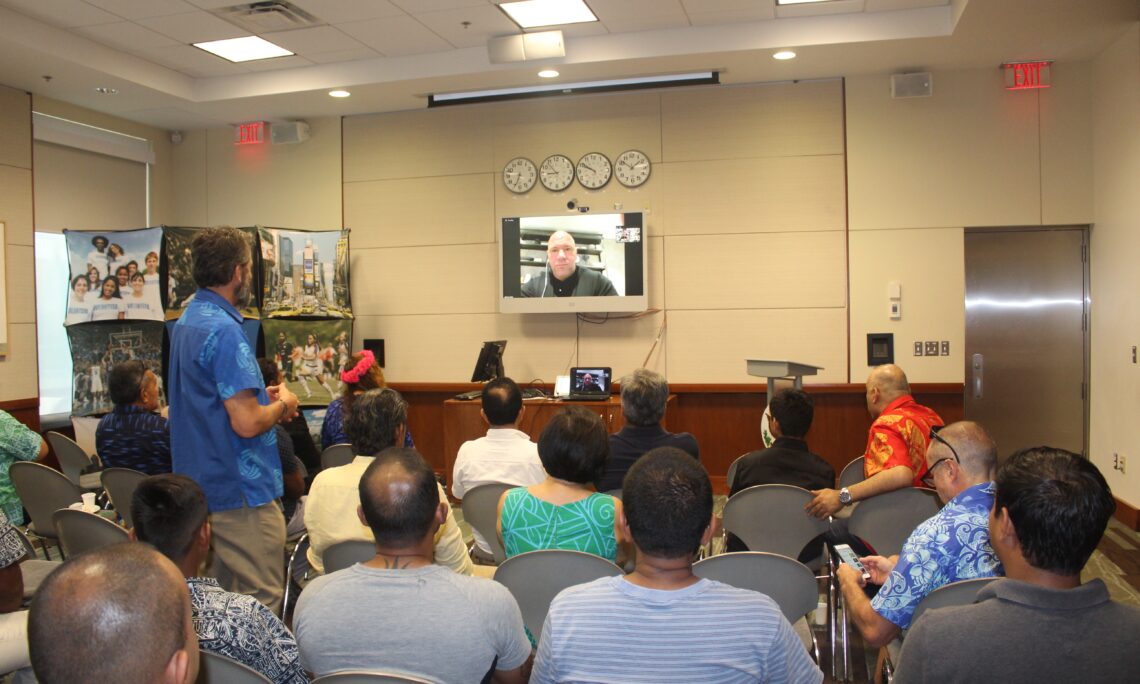 Ambassador Cella said, “Sports are a great way to build bridges and finding commonality among our cultures. I hope that our love of boxing will drive momentum to the growth of the sport in Fiji. It was a pleasure to welcome so many people to the Embassy for the first time. It was also an honor to surprise the attendees with a conversation with a member of American boxing royalty.”

Ambassador Cella’s friend and President of the Ultimate Fighting Championship (UFC) Dana White was invited as a surprise guest speaker before the event. Ajay Bhai Amrit, media personality and boxing enthusiast, also led a Q&A with Ambassador Cella to discuss the status of the sport in Fiji and how best to support its growth. Mr. Amrit said, “Boxing Afternoon with Royalty – It was a great honor to be part of this afternoon of boxing with many boxing enthusiasts Fiji wide, but what really made it very special indeed was when Ambassador Cella conducted a zoom call with the legendary and iconic UFC owner Dana White who discussed with us possible ways of introducing UFC to our region.”

Lorraine Mar, the Executive Secretary for the Fiji Association of Sports and Olympic Committee (FASANOC) said, “It was very kind of Ambassador Cella to also arrange the zoom session with Dana White, who encouraged everyone present to start up Mixed Martial Arts, which he thinks Fiji has a huge potential as he’s travelled to Fiji and seen fights here as well as noticing the physique of our people. With Dana offering to help is a positive boost and we were happy to provide some information to His Excellency on the sporting structure in Fiji in terms of starting MMA here.”

Katarina Singh, a boxer from Samoa, said, “With this kind of initiative from the U.S. Embassy, it will boost the interest of youth to take part. Boxing is a sport of discipline, self-defense and mind games.” She also said it was important for women and youth to learn boxing for self-defense. Another attendee Visila Kolqaqaru, said, “As a top contender for professional boxing in Fiji, and a voice for empowerment and self-defense for women and children and an advocate for grassroot development for boxing it was an honor to be invited.”

The event is part of Ambassador Cella’s sports diplomacy outreach to make connections over a shared love of sports. We have hosted watch parties for American football, basketball, baseball, hockey and participated in baseball, cricket, rugby, volleyball and floor ball with various communities.