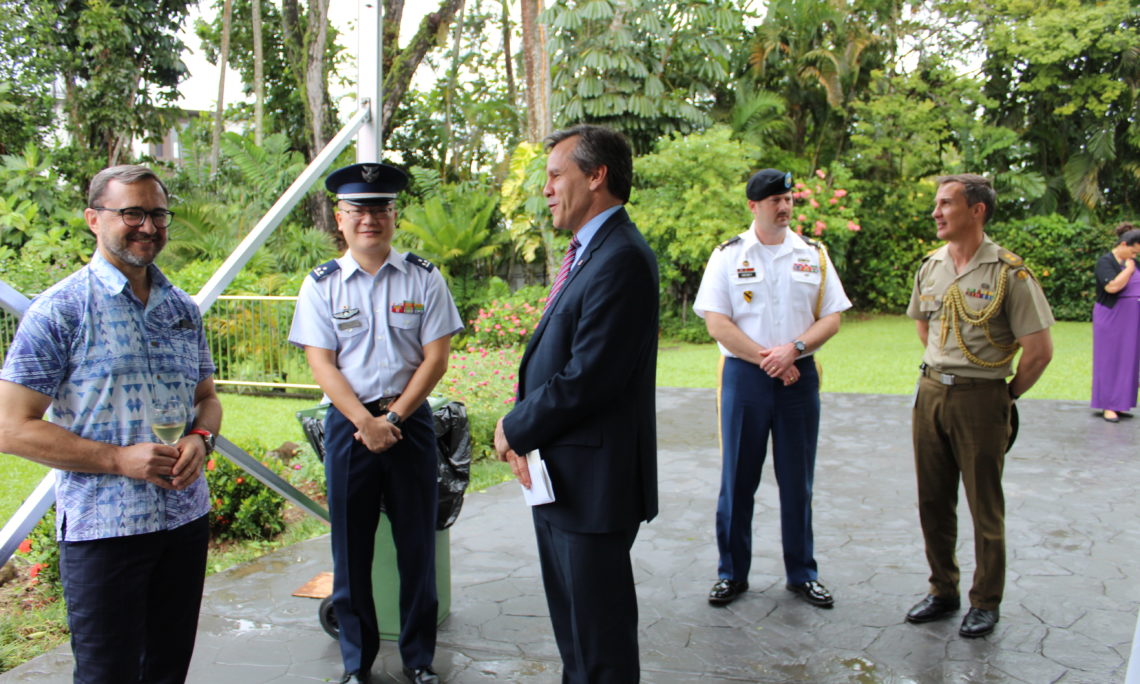 On May 8th, the United States Embassy, in concert with Fiji and other allied nations, commemorated the 75th anniversary of Victory in Europe Day, more commonly known in the United States simply as “V-E Day.”   On this day in 1945, Nazi Germany unconditionally surrendered to Allied forces, marking the end of the Second World War in Europe.

Though the war continued for another four bloody months in the Pacific theater, May 8th marks a significant milestone in the establishment of 75 years of peace and prosperity.  V-E Day is typically celebrated in the United States with military reviews and recognition of our veterans, but under the current COVID-19 pandemic, worldwide commemorations are much more muted.