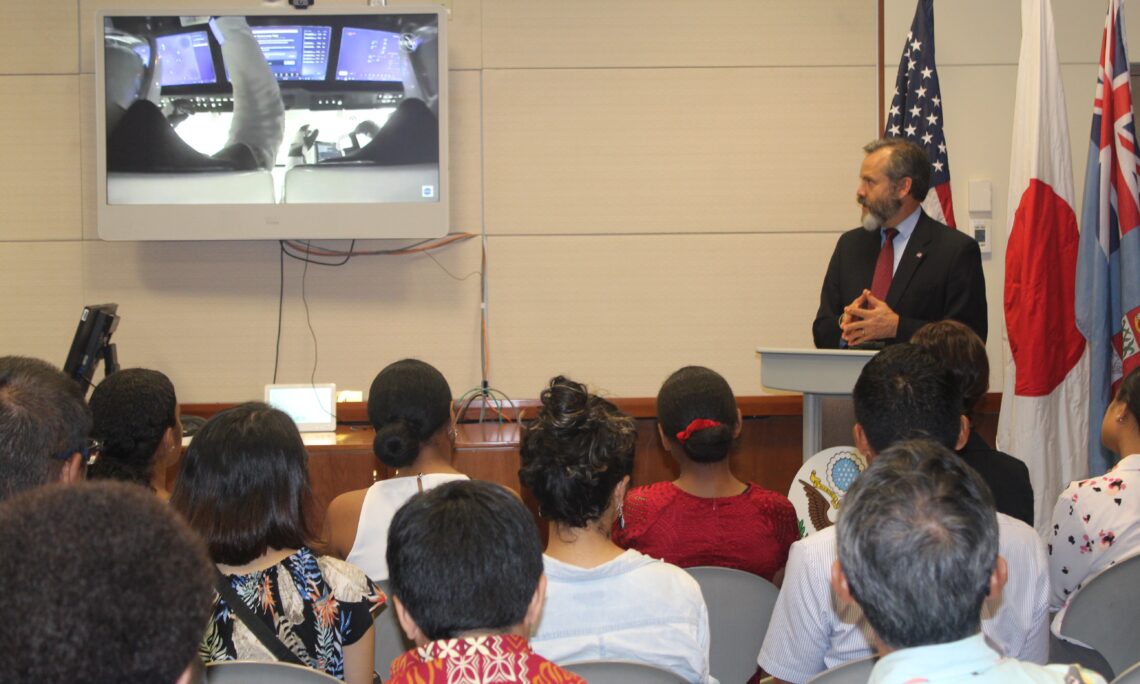 Ambassador Cella said, “This is the second launch watch party we have hosted at the U.S. Embassy along with one splashdown party. Since I was a young boy I have been fascinated with astronauts and space exploration. I hope to inspire the aspiring scientists here in the Pacific to pursue careers in science and space through bridge building events such as this and other science, technology, engineering, arts and math (STEAM) programs we offer for youth.”

The launch of NASA and SpaceX’s Crew-1 Mission marks NASA and SpaceX’s first certified commercial launch of astronauts to the International Space Station on SpaceX’s Crew Dragon spacecraft and Falcon 9 rocket. Crew-1 members named the space capsule for this mission “Resilience.” Human spaceflight on a U.S. rocket from U.S. soil has returned to the United States allowing more frequent flights to the International Space Station to conduct scientific research that benefits humanity on Earth.

For the past several years, the U.S. Embassy has worked to courage youth to pursue STEAM studies and careers and prepare them to be competitive members of the 21st century workforce. For this reason, the Embassy invited youth ages 15-23 to attend the launch watch party as well as our partners in this program, the Japanese community.

Next year, the Embassy will announce another competition to attend Space Camp as part of our commitment to developing the youth and opening doors to new opportunities. The U.S. Embassy is committed to providing youth with opportunities to participate in local and overseas STEAM programs sponsored by the U.S. Embassy.