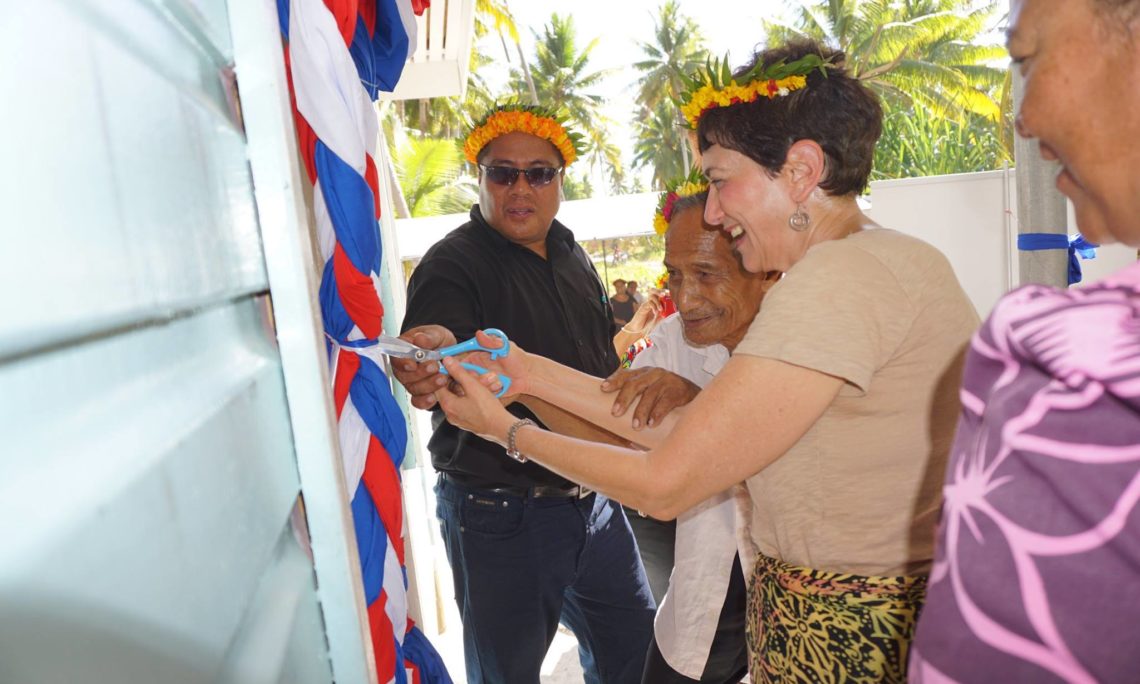 South Tarawa, Kiribati –Working in partnership with the U.S. Government, the people of Buariki have taken great strides to reduce their climate change vulnerability through construction of a climate-resilient health clinic in their village.

The United States Agency for International Development, through its Coastal Community Adaptation project (C-CAP), began working with the community in 2014. Following vulnerability assessments and raising awareness on climate change projections, Buariki community members identified improved access to health services as their priority need for climate change adaptation. Fresh water supply in Buariki is under increased stress due to overpopulation, poor sanitation, drought, and extreme sea level events that result in saltwater intrusion. Contamination of water has also contributed to the increased incidence of communicable disease in their community.

In consultation with the community, USAID constructed climate resilient health clinic that can withstand Category 5 tropical cyclone conditions. The health facility, which is made from reinforced materials, includes water and sanitation facilities. It also functions as a rainwater catchment system, with 7,000 liter storage capacity and includes design modifications to improve water quality. In addition, the clinic will serve as a secure structure for treatment of communicable and vector-borne diseases that are projected to increase due to the effects of climate change.

The United States Government is pleased to have worked closely with you on this project to increase your resilience to the impacts of climate change. The U.S. Government remains a committed partner in creating a more climate-resilient future, and improving the quality of life for all,” said Ambassador Cefkin.