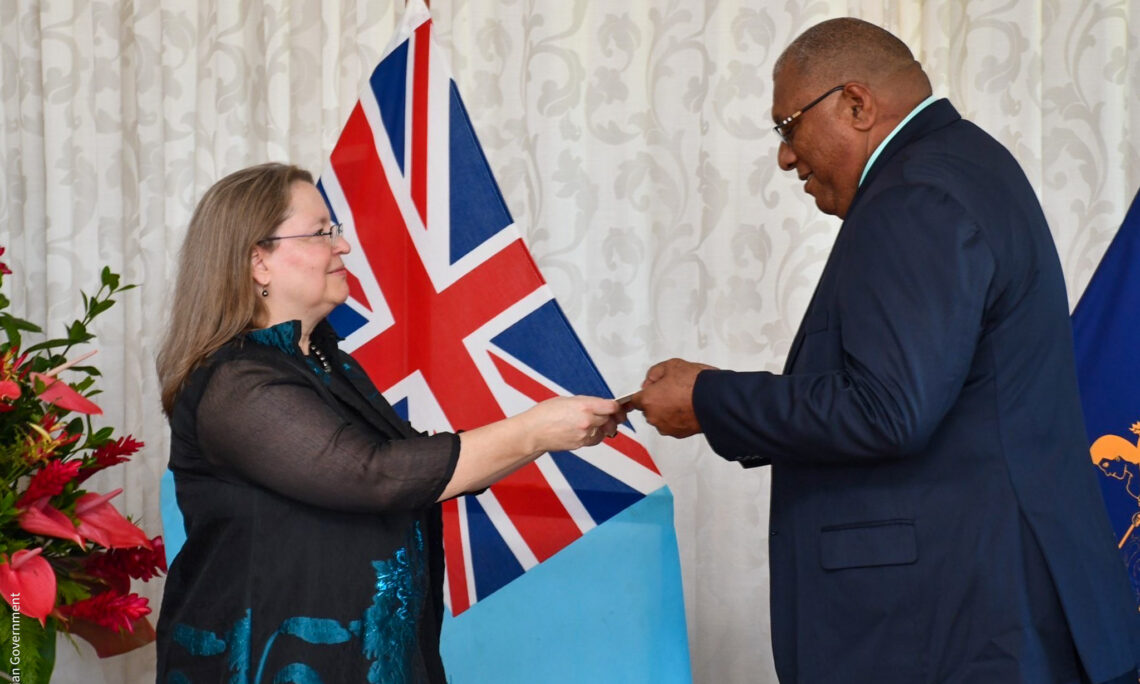 Suva, Fiji – U.S. Ambassador to Fiji, and Ambassador Designate to Kiribati, Nauru, Tonga, and Tuvalu, Marie Damour presented her credentials to Fiji’s President Ratu Wiliame Katonivere on November 24.  As part of the ceremony, Ambassador Damour reviewed a Guard of Honor and proceeded to bilateral discussions with the President.

Ambassador Damour most recently served as Consul General of the U.S. Consulate General in Ho Chi Minh City, Vietnam.  Previous assignments include Chargé d’Affaires, a.i, at the U.S. Embassy in Wellington, New Zealand; Minister Counselor for Consular Affairs at the U.S. Embassy in Brasilia, Brazil; and the Consular Chief at the U.S. Embassy in Baghdad, Iraq.   With almost three decades of service, Ms. Damour has worked in five different regions of the world and served successfully in a variety of leadership and policy-making roles.

In her meeting with the President, Ambassador Damour emphasized the importance of U.S. and Pacific partnership, and her role to support long standing friendships and alliances in her new role, saying

“As Ambassador, I hope to strengthen the ties between the U.S. and our friends and neighbors in the Pacific.  We fought side-by-side in World War II to ensure freedom, and our cooperation continues. Today we work together to ensure regional security, shared prosperity, and resilience against global warming.”

Ambassador Damour will next travel to Kiribati, Nauru, Tonga, and Tuvalu to present her credentials and further express the United States’ commitment to the Pacific.