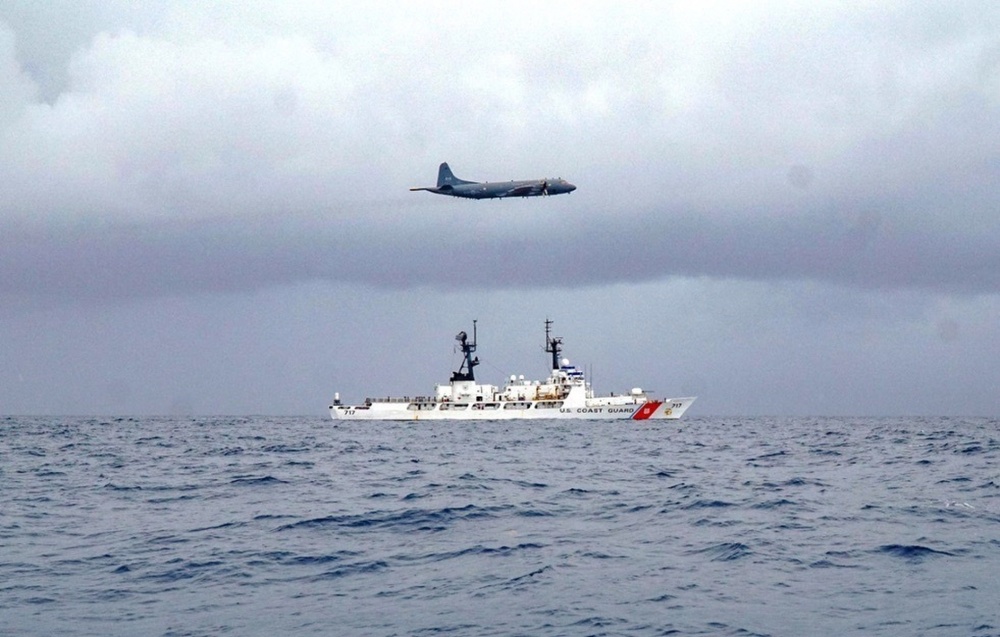 HONOLULU — The crew of the Coast Guard Cutter Mellon (WHEC 717) continues their patrol of the South Pacific with partners from several nations in January and into February.

“The U.S. is advancing a vision of a free and open Indo-Pacific that excludes no nation. We are redoubling our commitment to establish alliances and partnerships while expanding and deepening relationships with new partners that share respect for sovereignty, fair and reciprocal trade, and the rule of law,” said Capt. Robert Hendrickson, chief of response for Coast Guard 14th District. “We rely on partners, allies, and like-minded nations to achieve our missions.”

Following their first leg, the crew embarked ship riders from Fiji and Tuvalu to enforce Fisheries laws in each partner nations’ respective exclusive economic zones (EEZ). The Mellon’s boarding teams and the fisheries officers conducted a professional exchange and law enforcement training, sharing tactics and best practices. This effort was coordinated with significant support from Canada’s Department of Fisheries and Oceans (DFO).

Illegal, unreported and unregulated (IUU) fishing deprives the international economy of billions of dollars and undermines the livelihoods of legitimate fishers from all nations. It impacts food security, affecting millions of people, including many vulnerable coastal communities. It is estimated that IUU fishing accounts for about 30 percent of all fishing activity worldwide, representing up to 26 million tons of fish caught annually, valued at between $10 to $23 billion.

Two DFO officers joined Mellon’s crew for the transit from Hawaii to Fiji after attending the Coast Guard’s Pacific Regional Fisheries Training Center course for Western Central Pacific Fisheries Commission (WCPFC) enforcement. They conducted high seas boarding’s along the way. Canada’s Air Force committed a CP-140 Aurora fixed-wing aircraft to provide maritime domain awareness for Mellon over two weeks, as well as delivering fishery enforcement operations for several regional Pacific Island countries. The DFO deployed two of their officers with the Aurora, and the Coast Guard sent a specialized fisheries training officer from the Regional Training Center to assist the aircrew with specific fisheries details and information for the crew. Working with Canada’s Department of National Defence and the U.S. Coast Guard, they patrolled around Fiji and the island nations of Kiribati, Tokelau, Vanuatu, and Tuvalu. IUU fishing is of particular concern in this area as several small island developing states have some of the most vulnerable waters for IUU fishing and need support from other nations.

Throughout the patrol, fishery officers were part of seven reconnaissance flights by the Aurora, to provide a visible surveillance presence and to help enforce WCPFC conservation measures. The Aurora detected and documented 101 fishing vessels during the mission, providing critical data to the U.S. Coast Guard patrol and the Forum Fisheries Agency, which coordinates enforcement amongst the island nations. The Canadian aircraft also patrolled the Phoenix Islands Protected Area, a UNESCO world heritage site where fishing is banned. The Aurora was able to ensure the area was clear of fishing activity during its patrol.

“The U.S. Coast Guard and the Canadian Department of Fisheries and Oceans have a long history of working together to ensure the viability of fish stocks off North America. Working with experts from Canada and regional leaders like Fiji is vital to ensuring food security and the rule of law in Oceania. Working together we are helping to ensure a more secure, free and open Indo-Pacific,” said Hendrickson.

Fishery officers aboard the cutter Mellon patrolled over 1,786 square miles (2,875 square kilometers) within the WCPFC convention area. They were also part of the enforcement team that boarded two boats: one fishing vessel and one fuel supply ship known as a bunkering vessel. The U.S. Coast Guard is investigating two potential violations of transshipment rules and vessel identification requirements aboard the vessels inspected during the mission.

These recent patrols were part of the U.S. and Canada’s international commitment to support fisheries on the high seas and tackle IUU fishing, which is a significant contributor to declining fish stocks and marine habitat destruction around the world.

“Illegal, unreported and unregulated fishing threatens food security, impacts the sustainability of fisheries, and causes irreparable damage to marine and freshwater ecosystems across the globe. Partnerships, like this one with Canada’s Department of National Defence and the United States Coast Guard, are the key to tackling IUU fishing that threatens many vulnerable coastal communities. We will continue to work with other countries and assist small island developing states in combating IUU fishing to increase security and protect the health of fish stocks around the world,” said the Honorable Jonathan Wilkinson, minister of fisheries, Oceans and the Canadian Coast Guard.