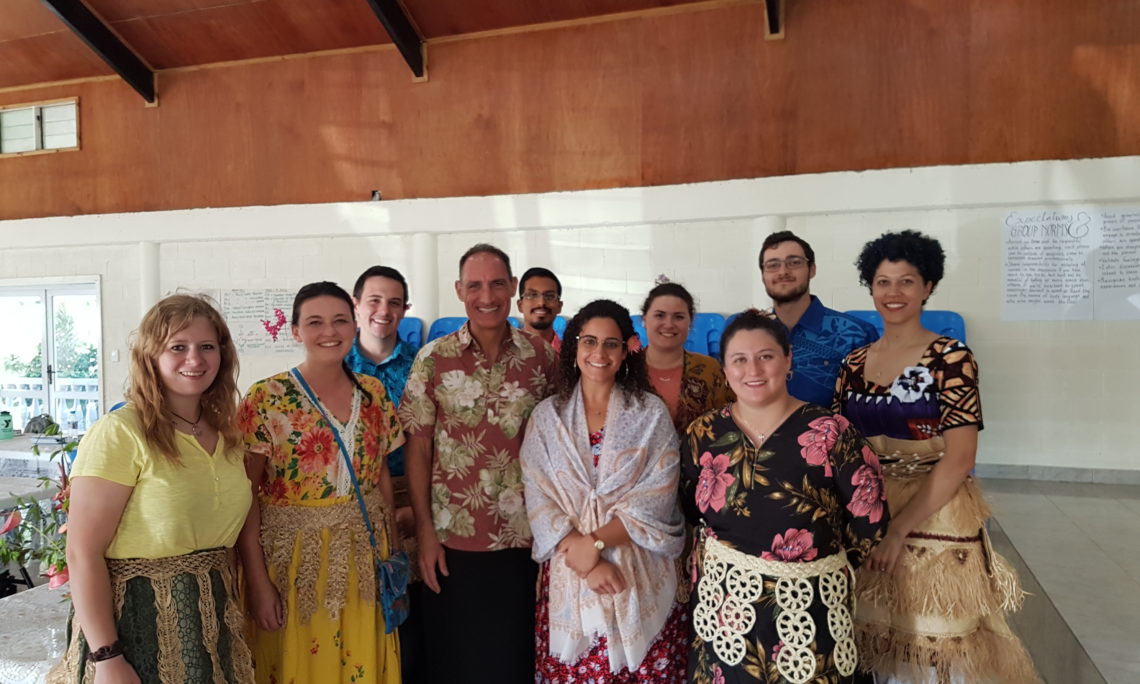 Chargé d’Affaires (CDA) for the U.S. Embassy in Suva, Michael Goldman, visited the 32 Peace Corps Trainees who arrived in Tonga two weeks ago.  He visited community-based training site for group 84 in Malapo.  Currently in the second week of their nine week pre-service training, CDA Goldman welcomed the 84th group of Peace Corps Trainees and encouraged them to make the most of their time in Tonga.  CDA Goldman also thanked the Peace Corps Staff, government of Tonga and communities that host these trainees for their hard work on this program.

The 32 trainees, upon swearing-in as Peace Corps Volunteers on October 25, will serve in one of four island groups; Tongatapu, ‘Eua, Ha’apai, or Vava’u.  Each one of them will work at a school as part of the Peace Corps Tonga English Literacy Project.  The English Literacy Project is in its seventh year and transitioning to a newly designed and improved English Language Development Project.  Over the past seven years Peace Corps Tonga has served with hundreds of teachers, thousands of students, and thousands of community members.  In recent years Peace Corps Tonga has continued to grow – up from only 15 new Volunteers a year in 2016 to now more than 30 each year.

There are currently 49 Volunteers in Tonga.  There have been over 1,700 Volunteers who have served in Tonga since the program opened in 1967.  Peace Corps Tonga has operated in Tonga without interruption for 52 years.

CDA Goldman also mentioned the incoming Peace Corps Director for Tonga, Anna Todorova who arrives on Saturday September 7.  Ms. Todorova most recently served as Director of Programming and Training and Acting Country Director for Peace Corps Moldova. She has over ten years of other management and operations experience in various roles, including as the Director of Operations for Partnership Activities at the Center for Applied Linguistics. For a number of years Ms. Todorova was staff for Peace Corps Bulgaria.  Ms. Todorova holds a Bachelor of Arts in Modern Languages from Sofia University and a Master’s in Business Administration from the City University in Seattle, Washington.