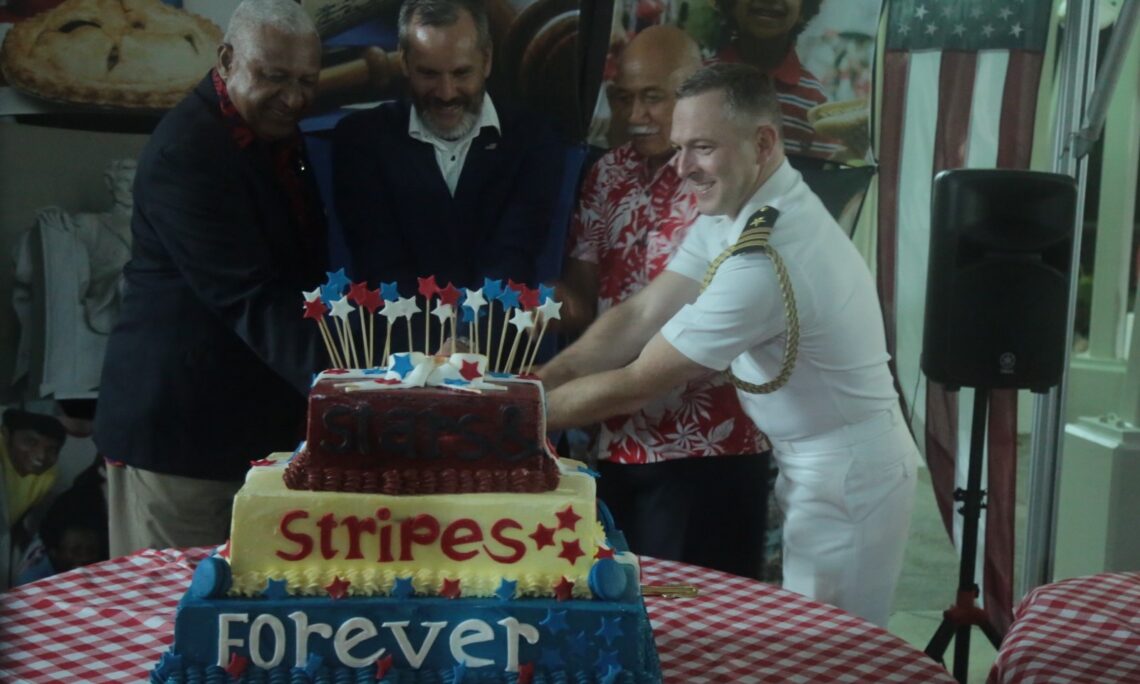 SUVA – U.S. Ambassador Joseph Cella last night welcomed hundreds of guests to the U.S. Embassy to celebrate the 244th Anniversary of the United States Declaration of Independence. Originally scheduled proximate to July 4th, the event was delayed due to uncertainties and restrictions as a result of the plague.

Ambassador Cella said at the event “as we navigate these uncertain times, we take time to recognize our roots, to remember the sacrifice of our founding fathers, and to celebrate the principles that our country was built on – justice, liberty, equality and prosperity. Tonight, we celebrate the birth of democracy, we celebrate freedom, and we celebrate the many blessings bestowed on us by our Creator.”

September 17 also marks the 233rd anniversary of the signing of the U.S. Constitution. The founding documents for the United States of America are inextricably bound together by the idea that life, liberty and the pursuit of happiness are self-evident human rights. The program included a discourse from an American scholar on the significance of the U.S. constitution. Guests at the Independence Day celebration enjoyed a traditional barbeque and picnic dinner, music from the Republic of Fiji Military Forces band and other local artists, and a patriotic fireworks display.

The United States and Fiji have a very special bond, based on partnership, peace and friendship. On this U.S. Constitution Day, we celebrate our independence, American traditions, and the many blessings and values that our two countries share like freedom, family and faith, among many others.