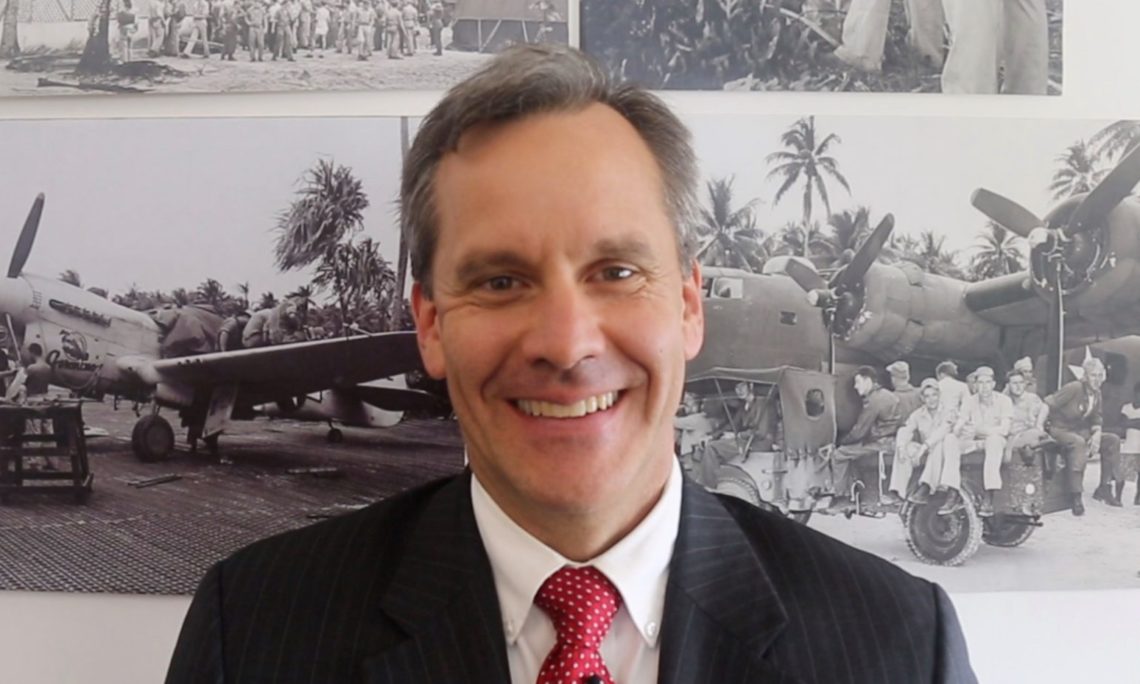 Suva, Fiji: To highlight the deep and historic ties between our countries, the U.S. Embassy Suva launched a year-long celebration commemorating 75 years of peace in the Pacific and Europe following the end of World War II, as well as 50 years of building bridges between the United States and the Republic of Fiji since gaining independence in 1970.

At the beginning of a new decade, the U.S. Embassy is taking the opportunity to highlight what we have achieved together.  We will also look ahead to what we can accomplish in the future.   The United States and our Pacific allies, including Fiji, benefit from our mutual economic, political, cultural, and security ties.

The goal of this campaign is to highlight U.S. commitment to the Indo-Pacific region through joint efforts to promote good governance, advance sustained economic prosperity, improve human development, develop resilience programs, and strengthen regional maritime security partnerships.  Additionally the U.S. Embassy will honor the bravery and sacrifice of those who served during World War II, and will celebrate the people who have worked hard to develop and preserve prosperity, peace and freedom in the Pacific.

U.S. Ambassador Joseph Cella formally launched this campaign today on the 75th anniversary of the battle of Iwo Jima with this video and introducing two individual shields for these important moments in the history of the Pacific.  The first shield is to commemorate the 75th anniversary of the conclusion of World War II, and second shield is to commemorate the 50th year of the independence for the Republic of Fiji.

“The images salute our nation’s principles reflected in our respective flags, the blue of the mighty Pacific, and moreover, it speaks to the strong and enduring bridges that remain between the United States and our Pacific neighbors, allies and partners which will endure based on the principles of freedom, stability, prosperity, openness and sovereignty,” said Ambassador Cella.

As the Ambassador to Fiji, Kiribati, Nauru, Tonga and Tuvalu, Ambassador Cella said that he is grateful that his job enables him to visit people throughout the five countries doing amazing work to build bridges between our countries. The United States and Fiji have a true partnership and friendship grounded in mutual respect and a shared commitment to the peace and prosperity.