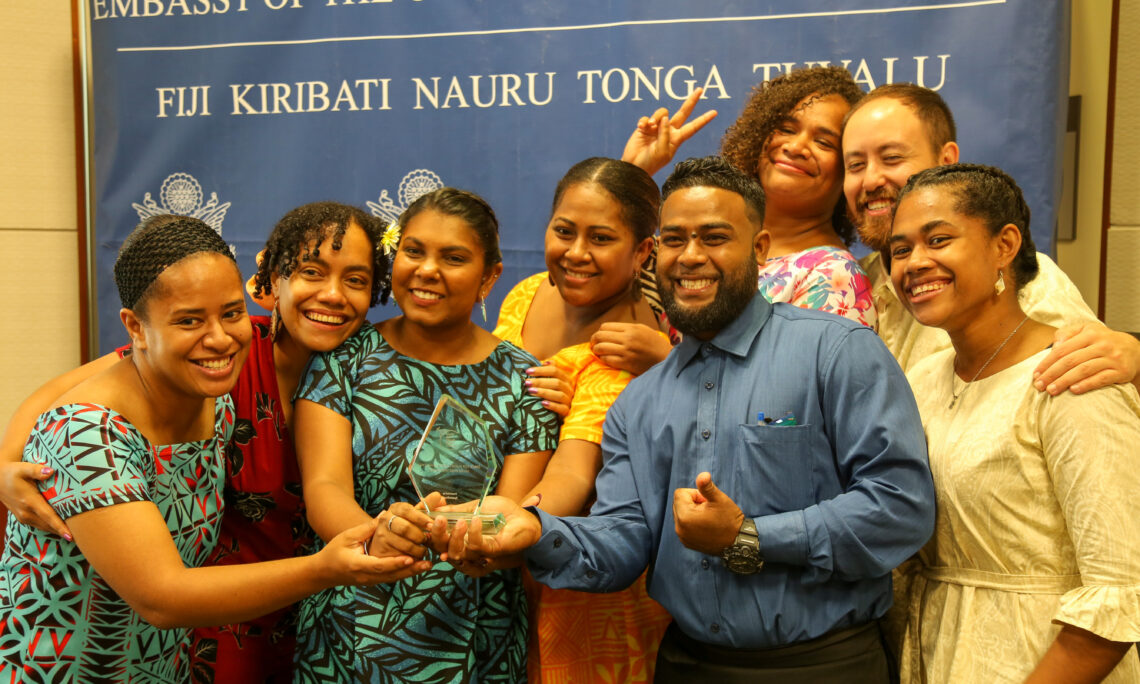 SUVA – Chargé d’Affaires Tony Greubel commemorated Earth Day at U.S. Embassy Suva by celebrating the achievements of a remarkable group of university students. The Yadrava na Vanua (Environment Watch) Team, which includes students from Fiji National University, University of South Pacific, and University of Fiji, won an international competition called the “Space for Planet Earth Challenge.” The goal of the challenge, which was sponsored by the U.S. Embassy in New Zealand and organized by the SpaceBase organization, was to find new and innovative solutions to the climate crisis in the region. During the event, the students presented their winning project, which helps to demystify the process involved in verifying carbon sequestration data in land and coastal areas.

Before awarding the grand prize trophy to the students, Chargé d’Affaires Tony Greubel said, “The U.S. is committed to working with international partners, including civil society and other governments, to support policies and programs that preserve the planet’s natural beauty, provide economic benefits for generations to come, safeguard the lives and livelihoods of people around the world, and address the climate crisis.”

Representatives from SpaceBase and the Fiji Ministry of Forestry with whom the students collaborated also congratulated the students on their achievement in their remarks. Additionally, New Zealand High Commission representatives and members of the faculty from the students’ universities also attended the event.

Earth Day is celebrated annually on April 22 to protect the planet from threats like pollution and deforestation. The first Earth Day, in 1970, transformed the way citizens of the United States view their impact on the natural world, inspiring the creation of the United States Environmental Protection Agency and landmark legislation such as the Clean Air Act.

SpaceBase is an organization founded in California and incorporated in New Zealand focused on expanding access to the space industry and catalyzing space entrepreneurial ecosystems through education, training, and competitions. For the first time in its history, a group of Fijian students won SpaceBase’s competition this year.