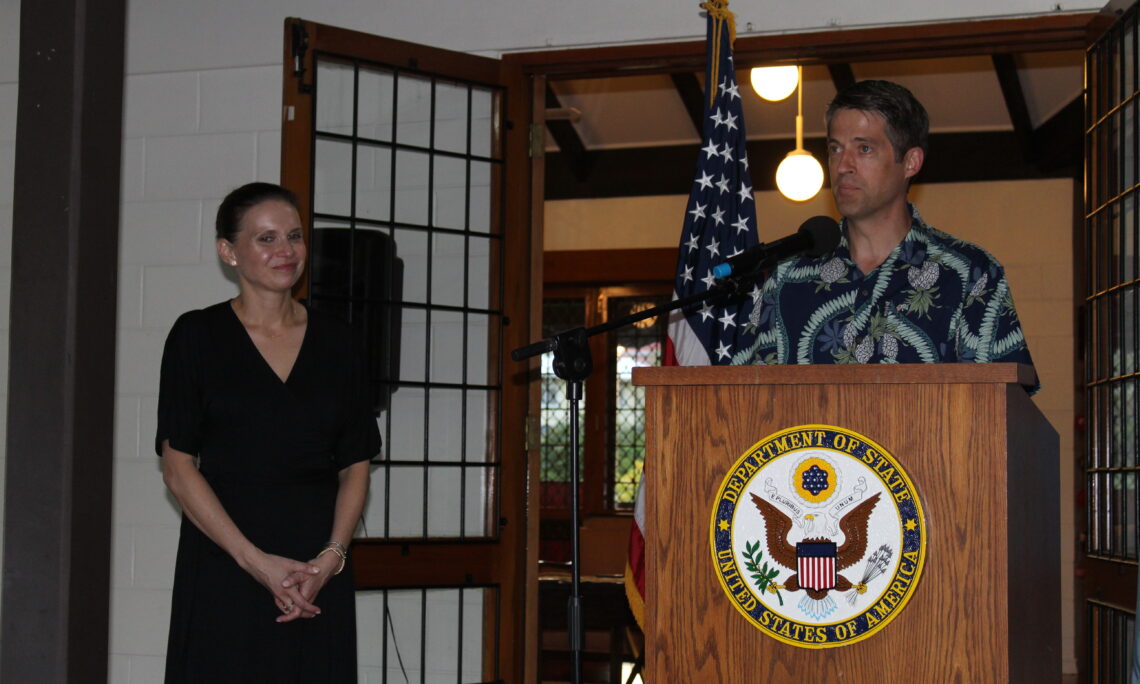 “We warmly welcome Commander Lange and his family to Suva. His insights and energy will maintain and build the strong relationship we have with Fiji’s disciplined forces and find new areas for cooperation and collaboration,” said CDA Greubel. Of Commander Panayioutou’s departure he said, “Constantine has consistently sought greater security assistance for our partners in the region, and we will see the benefits of his efforts to obtain new funding and programs for years to come.”

Commander Panayiotou, who was formerly the longest serving attaché in Suva, handed over that title to Colonel Efran of Indonesia. The Honorable Speaker Ratu Epeli Nailatikau, representatives of the Government of Fiji, leaders of the Republic of Fiji Military Forces (RFMF), members of the diplomatic corps, and military representatives of Australia, China, Indonesia, Japan, New Zealand, and the United Kingdom attended the reception.

Commander Lange is a Naval Aviator and native of Huntsville, Texas. Lange graduated from the United States Naval Academy in 2002 with a bachelor’s degree in political science and earned his MBA at the Naval Postgraduate School in 2017. CDR Lange has served three deployments to the Western Pacific with Helicopter Anti-Submarine Squadron 6. CDR Lange served two years aboard the USS KEARSARGE as the Flight Deck Officer and Assistant Air Officer among other assignments. Ashore, from 2008 – 2011, he served as Aide de Camp to the Deputy Chief of Staff Operations at Operational Joint Forces Headquarters NATO in Naples, Italy. He has received numerous military and academic honors. He is accompanied in Fiji by his wife Karissa, and their two daughters.