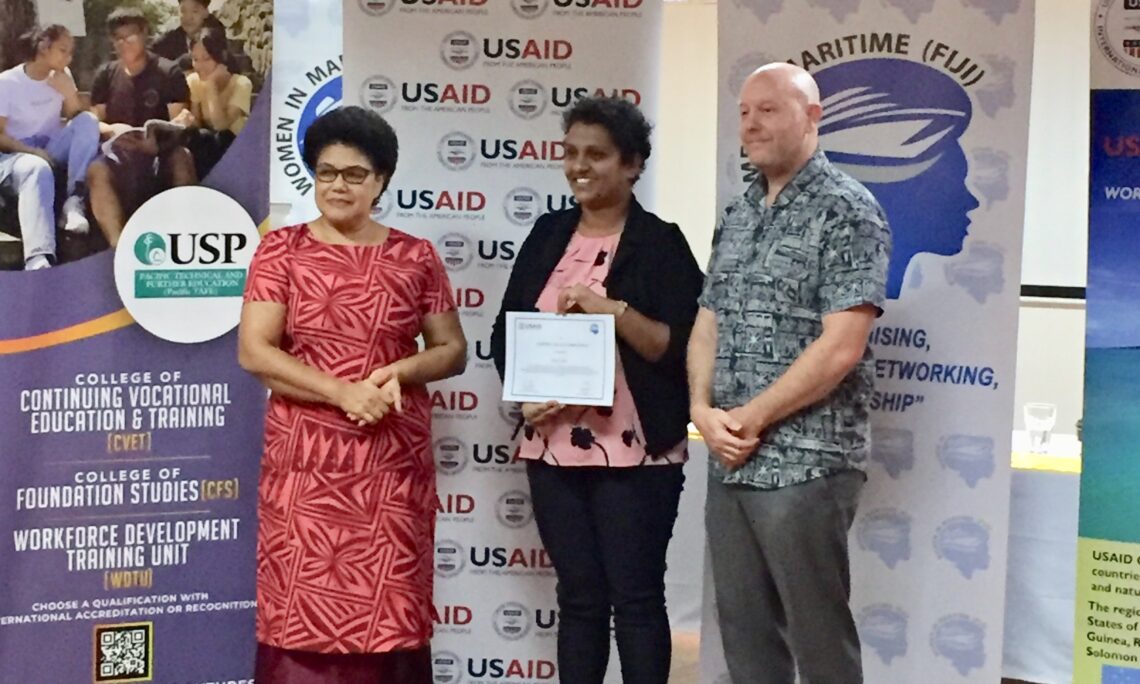 The course is part of the USAID Climate Ready Project’s partnership with the University of the South Pacific/Pacific TAFE to build local management capacity of climate change adaptation projects in the Pacific. The participants are members of the Women in Maritime Association and the third all-women cohort to complete the course.

Mr. Bowers congratulated the women on not only completing the project management course but also on their collective achievement of attaining a 100 percent graduation pass rate. He highlighted that a key focus of the United States Government through USAID has been to support aspirations for a more-gender-balanced and socially inclusive region that respects and responds to the needs of women in the Pacific.

“As we celebrate USAID’s 60th anniversary this year, we remain an enduring and committed partner in advancing a more gender-balanced and socially inclusive region that respects and responds to the needs of women in the Pacific,” Mr. Bowers said.