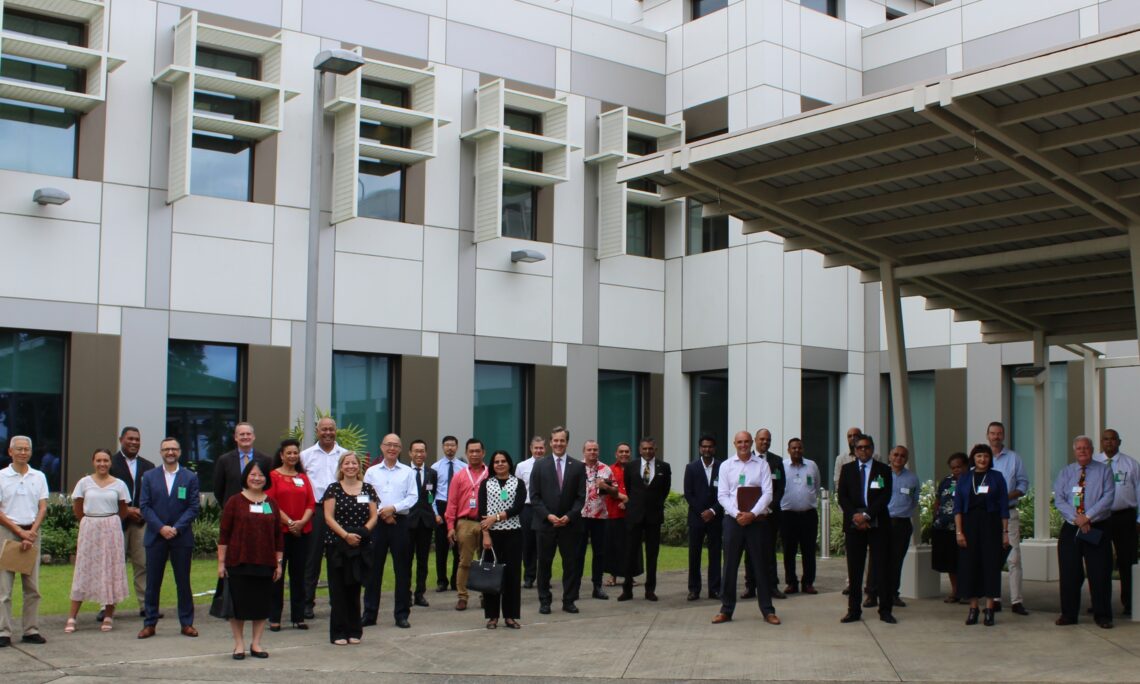 On May 19, U.S. Ambassador Joseph J. Cella announced the official launch of the United States, Allies, and Partners Fiji Forward – Business and Economic Development Roundtables.  Ambassador Cella said, “Today’s very successful inaugural roundtable sets the stage for future gatherings and side bars in the near future.  This event, and those to come, advance timely and needed dialogues among stakeholders in government, the business sector, other foreign missions, and civil society to reignite Fiji’s economy in the medium and long term.  The great interest by multi-sector executive leadership and presence at the event in large numbers was stirring, consoling and hope-filling.  Their leadership, transparency, and outside of the box thinking working with the Government of Fiji and our allies and partners comes at a crucial time. While all gathered want Fiji to open safely and securely, they were aware of challenging economic times, but overall were fairly optimistic.

Fiji Prime Minister Voreqe Bainimarama provided opening remarks via Cisco Webex video teleconference to a select audience of U.S. and Fijian corporate leaders, government officials, and development bank executives.  Minister for Commerce, Trade, Tourism, and Transport also spoke about the deep trade relationship between the United States and Fiji.  Dan Negrea, the special Representative for Commercial and Business Affairs at the U.S. Department of State presented to the group about U.S. business opportunities. Stewart Resnick, the chairman of The Wonderful Company, which owns FIJI Water, said the company’s long-term prognosis for Fiji remains strong.  Two representatives from the state of Texas also spoke about possible trade opportunities, especially in areas of agriculture and high tech.

Ambassador Cella highlighted the long-term trade relationship between the Fiji and the United States, especially how many premier U.S. brands in the hospitality sector played a role in developing Fiji’s high-end tourism sector.  While the tourism sector is temporarily on pause due to COVID-19, Ambassador Cella pointed out that the United States is still open for business.  If Americans can visit Fiji, he said, they are eager to enjoy the bounty of Fiji’s through exports of water, fish, sugar, and agricultural products, like ginger, turmeric, cocoa, and cassava.  He was also upbeat that many Fijian companies, which are teleworking, will see the value in U.S. tech products from Microsoft, Cisco, Zoom, and others.  He also talked about how more American companies see Fiji as a development destination.

The next roundtable is scheduled for late June which will focus on imports and exports.  The Embassy also announced a new grant opportunity for local organizations looking to find novel solutions for economic challenges caused by the COVID-19 pandemic.  In addition, the Embassy announced new Fiji-wide training program called the Academy for Women Entrepreneurs to help build capacity of emerging business owners.