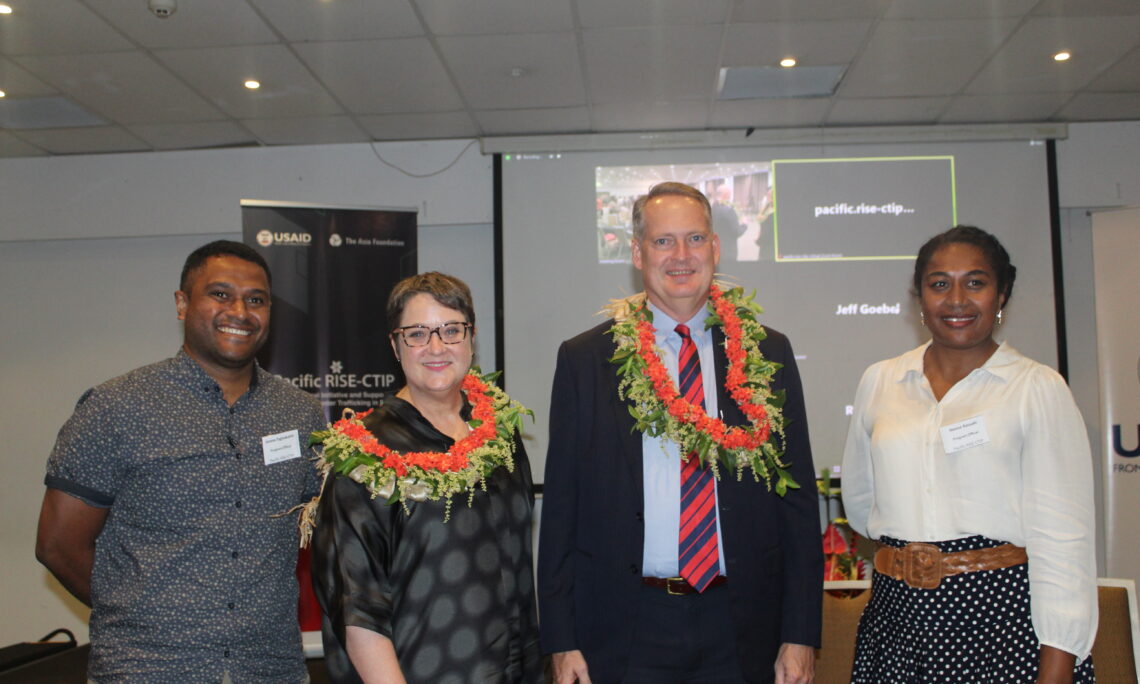 SUVA– The U.S. government, through the United States Agency for International Development (USAID), launched a five-year partnership with The Asia Foundation (TAF) worth U.S. $10 million to commemorate World Day Against Trafficking on July 30. The purpose of the partnership is to implement counter-trafficking in persons interventions in Fiji, the Republic of the Marshall Islands, Papua New Guinea, and Tonga.

USAID’s Pacific Regional Initiative and Support for More Effective Counter Trafficking in Persons (Pacific RISE CTIP) project uses a holistic, multisectoral approach that engages government, civil society, and the private sector in the protection of potential victims and the prosecution of people involved in trafficking.

On July 19, the U.S. State Department released the 2022 annual trafficking in persons report (TIP). The U.S. Secretary of State is required to submit the TIP report to Congress annually under the Trafficking Victims Protection Act of 2000 (TVPA). The annual TIP report documents the efforts by countries’ governments, including the United States, to combat human trafficking.

Fiji maintains a Tier 2 ranking while Palau and Tonga remain in the Tier 2 Watch List in 2022, relative to 2021. According to TVPA, the governments of these countries do not fully meet the minimum standards in the elimination of TIP but are making significant efforts to comply with TVPA standards.

Through this project, USAID’s goal is to reduce trafficking incidence and vulnerability by enhancing mechanisms and strategies to prevent trafficking, improve protection services for victims, and increase access to legal services and remedies.

“Trafficking in persons is a real and present challenge for Pacific communities. As a focus country for the new Pacific RISE-CTIP program, Fiji is grateful for the partnership of USAID and The Asia Foundation in supporting our efforts through this program,” said Manasa Lesuma, Permanent Secretary for Defence and National Security during the project launch.

Pacific RISE-CTIP will work to counter trafficking in persons (TIP) through a whole-of-society approach that engages with Pacific governments, civil society and the private sector.

“We are especially supportive of the aspect of a holistic, multi-sectoral approach that engages government, civil society, and the private sector. Strong and robust relationships are essential to making lasting impact in a way that meets national priorities and values community leadership,” said Sandra Kraushaar, The Asia Foundation Regional Representative, Pacific Islands.