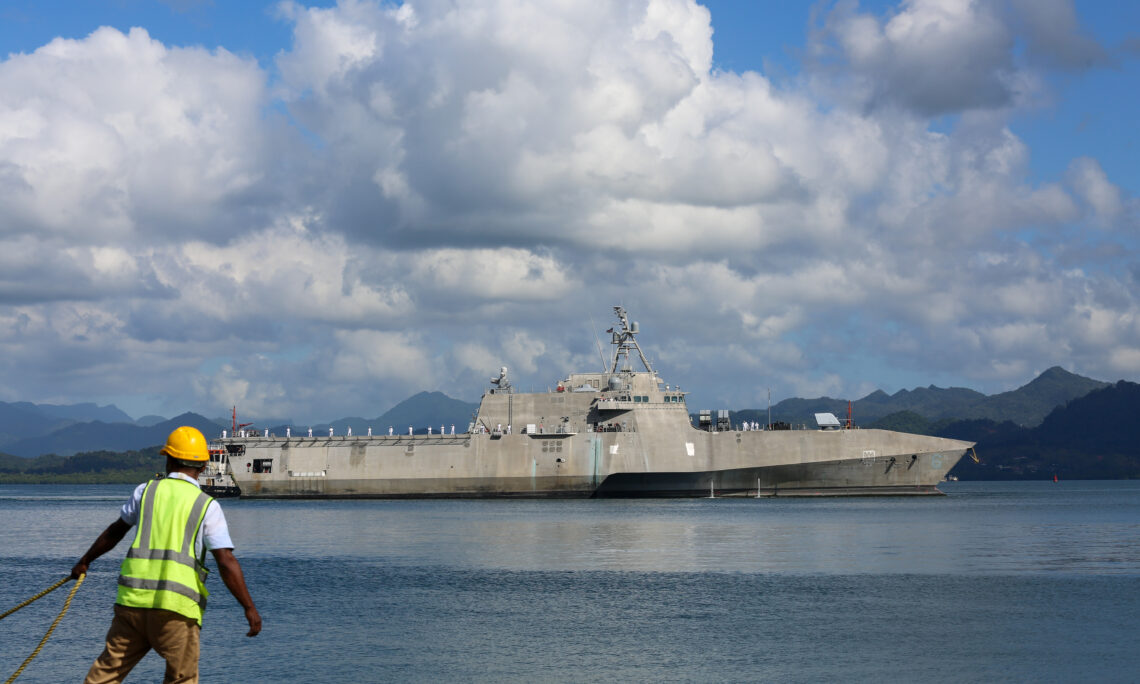 “JACKSON is excited to be in Fiji to build partnerships and engage with the local community,” said Commander Michael Winslow, JACKSON Gold Crew Commanding Officer. “On behalf of the entire crew, thank you for the warm welcome.”

While in Fiji, JACKSON crew will participate in community relations activities and sporting events, as well as hosting several regional personnel aboard their ship.

JACKSON is on a rotational deployment to the U.S. 7th Fleet area of operations supporting forward presence, maritime security, sea control, and deterrence missions. The ship is visiting Fiji during its OMSI mission to work alongside regional allied and partner navies to enhance interoperability, serve as a ready-response force, and provide maritime security and stability across the Indo-Pacific.

An integral part of U.S. Pacific Fleet, U.S. 3rd Fleet operates naval forces in the Indo-Pacific in addition to providing realistic and relevant training across the full spectrum of military operations – from combat operations to humanitarian assistance and disaster relief. U.S. 3rd Fleet works in close coordination with other numbered Fleets to provide commanders with capable, ready forces to deploy forward and win in day-to-day competition, in crisis, and in conflict.