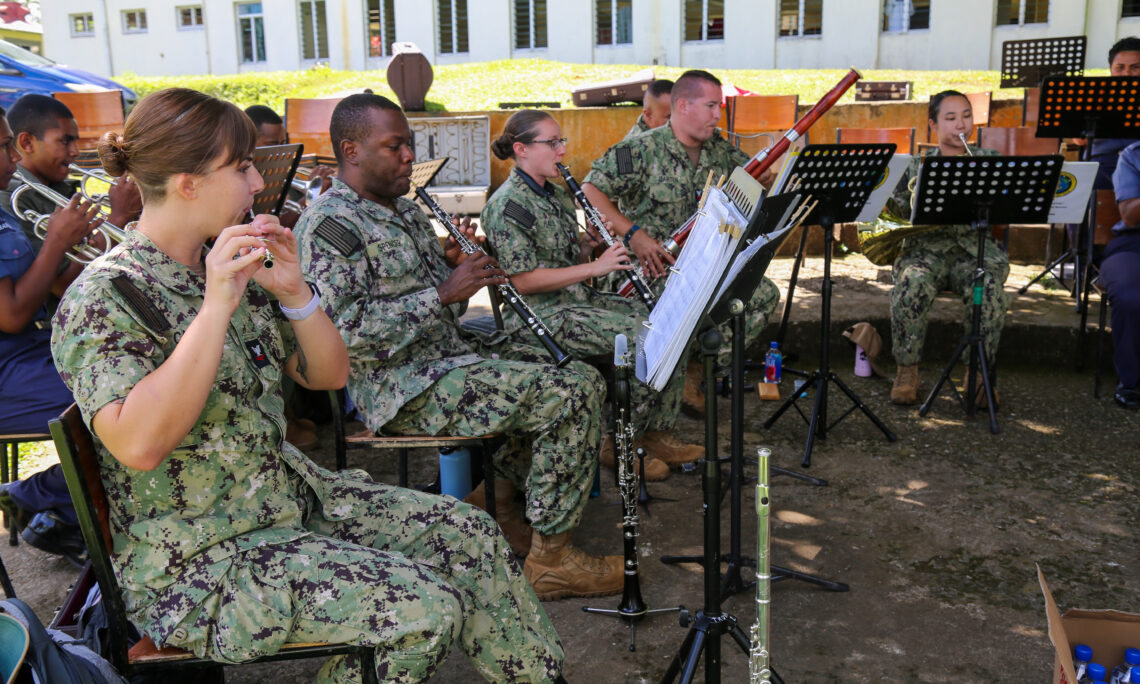 Suva, Fiji – The U.S. Pacific Fleet Band’s woodwind quintet Tradewinds will perform a series of concerts in Suva and on Vanua Levu from September 14 – 21 in support of ongoing cultural exchange between the United States and Fiji. The musical ensemble, which serves under the United States Pacific Fleet, will hold public concerts on Thursday, September 15 at 17:30 at the Suva Civic Centre grounds and Saturday, September 17 from 11:30 at My FNPF Plaza in Suva. Both performances are free and open to the public.

“The United States and Fiji share a great affinity for music,” said U.S. Embassy Chargé d’Affaires (CDA) Tony Greubel. “We are excited to welcome the U.S. Pacific Fleet Band’s Tradewinds quintet to Fiji and to deepen our cultural ties in this area.”

During their visit to Suva, the band will have several joint performances with the Royal Military Forces (RFMF) Band and the Republic of Fiji Navy (RFN) Band. Tradewinds will also participate in a musical exchange event with Fiji National University and perform at the University of the South Pacific, in addition to the two public events on September 15 and 17.

Following performances in Suva, the quintet will travel onward to Vanua Levu and participate in musical educational outreach with local communities and schools on the island.

The Tradewinds quintet is a wind instrumental version of the classical string quartet, combining the sounds of the flute, oboe, clarinet, bassoon, and French horn.