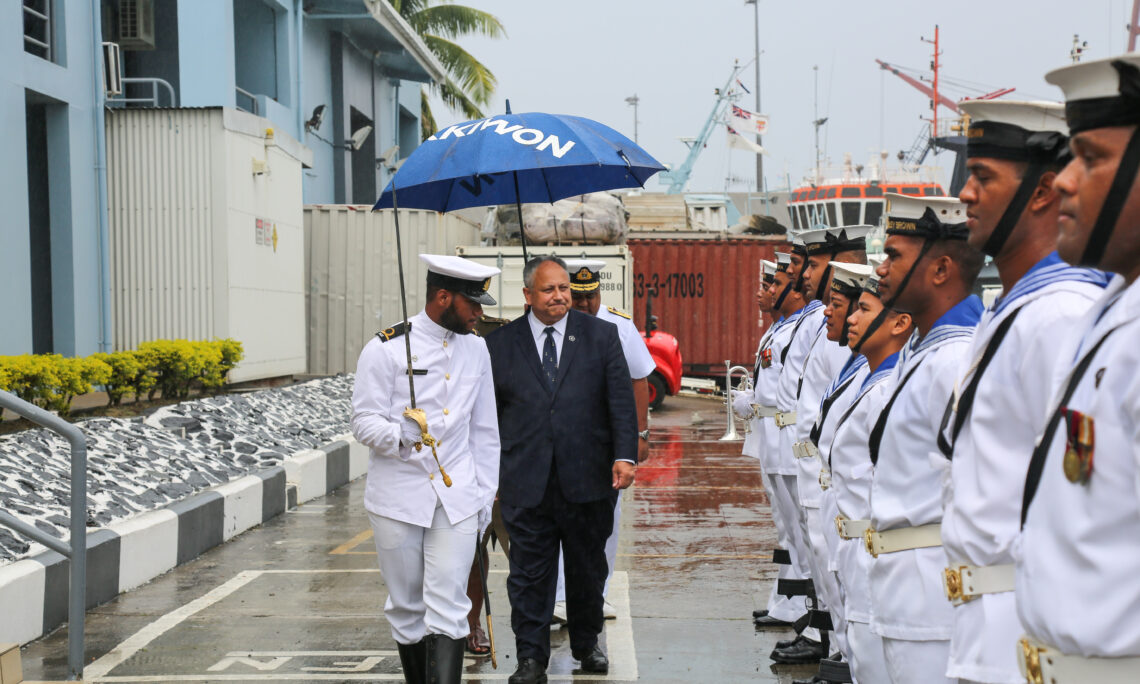 Suva, Fiji – United States Secretary of the Navy Carlos Del Toro visited Fiji from June 15-16 to strengthen the U.S-Fiji partnership to promote security, stability, and prosperity in the Pacific.  The United States has partnered with the Pacific Islands on regional security, economic and development cooperation since World War II, and Secretary Del Toro’s visit continues that legacy of cooperation with Fiji.

Secretary Del Toro said, “During my first visit to Fiji, I welcome the chance to meet with our friends and partners in the Republic of Fiji Military Forces and the Fiji Navy, and to speak with students about how the United States, Fiji, and our Indo-Pacific partners can work together to tackle challenges such as the climate crisis.”

While in Fiji, Secretary Del Toro had a range of engagements to discuss how the United States and Fiji can work together to promote shared goals and tackle shared challenges.  During his visit, he met with the Minister for Infrastructure and Meteorological Services and Minister for Lands and Mineral Resources, Honorable Jone Usamate.  He met the Commander Republic of Fiji Military Forces, Major General Jone Logavatou Kalouniwai, and Commander of the Fiji Navy, Commodore Humphery Biutilomaloma Tawake, receiving honors at the Stanley Brown Naval Base.  Secretary Del Toro visited the University of the South Pacific where he spoke to students, educators, members of the Republic of Fiji Military Forces, and civil society stakeholders about the U.S. Navy’s Climate Action Plan and the Navy’s Strategy in the Indo-Pacific.  He also laid a wreath at the National War Memorial in memory of all those who gave their lives in the line of duty since World War I.

Carlos Del Toro was sworn in as the 78th Secretary of the Navy August 9, 2021. His priorities include securing the training and equipment successful naval operations demand and addressing the most pressing challenges confronting the US Navy and Marine Corps.  The Secretary of the Navy (SECNAV) is responsible for the formulation and implementation of policies and programs that are consistent with the national security policies and objectives established by the President and the Secretary of Defense. The Department of the Navy consists of two uniformed Services:  United States Navy and United States Marine Corps.