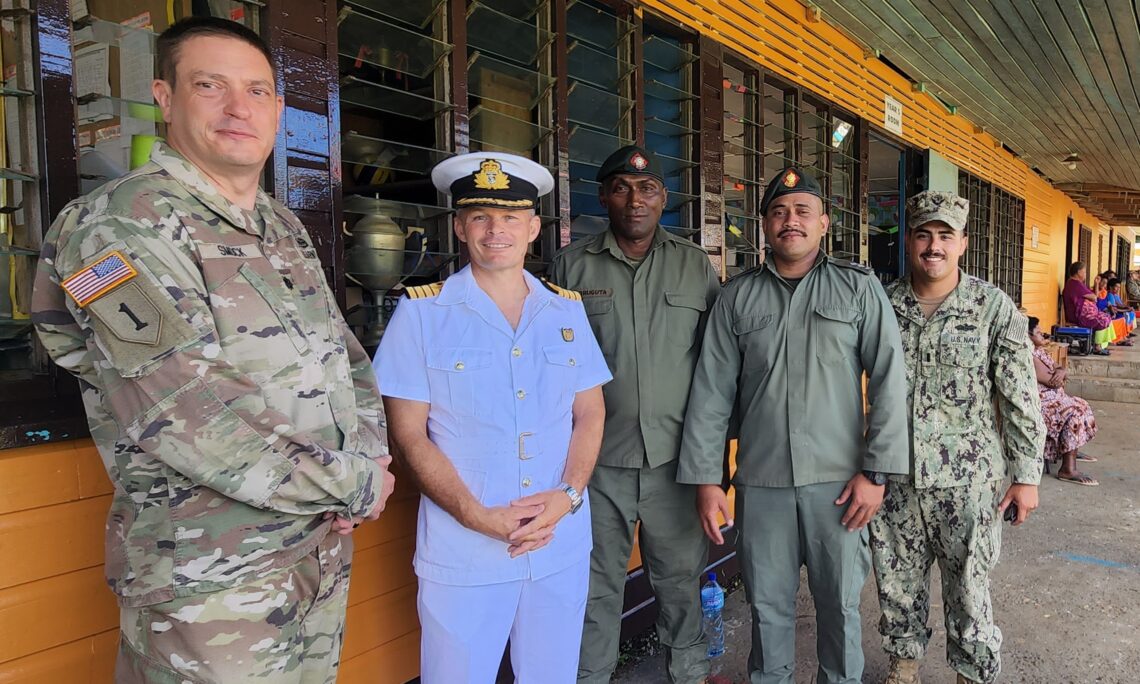 SUVA, Fiji – On July 2, the United States and the Republic of Fiji Military Forces (RFMF) Engineers formally handed over a new two-room classroom for the Navonu Primary School to the Fiji Ministry of Education, Heritage and Arts (MEHA). U.K. Royal Navy Captain Kerri Harris, attended the handover ceremony representing United States Navy Pacific Fleet where he serves on secondment as the Director for Humanitarian Assistance/Disaster Relief and Combined Operations. The event was organized and attended by the Navonu Primary school teachers, students, and community as well as MEHA Divisional Education Oficer Northern, IlisevaVolai.

Captain Harris said, “The Pacific Partnership Navonu project has touched many hearts. It is more than a new school building with solar power; more than a refuge against future cyclones; more than a portal to the outside world (internet) – it shows the power of partnership as the Seabees of Naval Mobile Construction Battalion Three proudly teamed up with members of the Republic of Fiji Military Forces to enhance the learning environment for the students at Navonu Primary School.”

U.S. Naval Mobile Construction Battalion THREE and members of the RFMF Engineers built the classroom in Vanua Levu as part of Pacific Partnership 2022 (PP22). The team of engineers from the U.S. Navy and RFMF broke ground on the new classrooms on May 26, and the handover comes after a US$946,000, 42-day collaborative effort to build the two-room schoolhouse at Navonu Primary School.