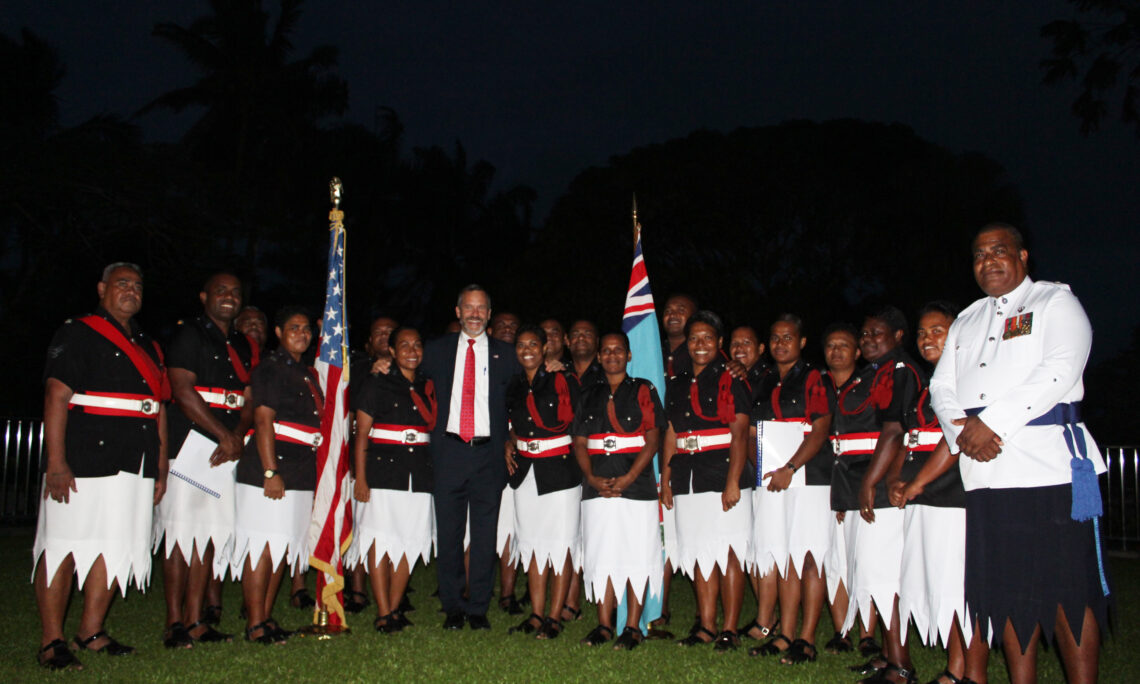 On Wednesday, September 2, 2020 the U.S. Ambassador Joseph Cella hosted an event to commemorate the end of the Second World War, and to celebrate 75 years of Peace in the Pacific.  The “Peace in the Pacific” reception at the Chief of Mission Residence included top Fijian government officials, colleagues in the diplomatic corps, and military forces, whose countries were in some way engaged or impacted by the war in the Pacific, and have worked in partnership for the last 75 years to maintain peace in the region.  Ambassador Cella gave remarks to commemorate the occasion along with representatives of the Government of Fiji and the Embassy of Japan.

Ambassador Cella continued, “We revel in this peace, prosperity, openness, stability and sovereignty.  May we continue to strengthen it. And we remain vigilant in our preparedness to always defend it, always bearing the torch of freedom against tyranny and authoritarianism.  And with the Almighty being the designer and creator of freedom, freedom always wins.”

September 2, 2020 marks the 75th anniversary of the end of the Second World War.  On this day in 1945, the war formally ended with the signing of the Instrument of Surrender aboard the American battleship USS Missouri in Tokyo Bay.  The signing made enduring friends out of bitter enemies, and the partnerships forged that day continue to maintain the peace and prosperity that our peoples enjoy today.   A moment of silence was held in recognition of those lost during the war.

From 1948 to 1975, many American states commemorated September 2 as “Victory Day.”  Since then, in concert with our allies and partners, the United States of America marks the day by honoring the sacrifices that fighting men and women have made toward establishing the peace that brings prosperity to all our peoples today.