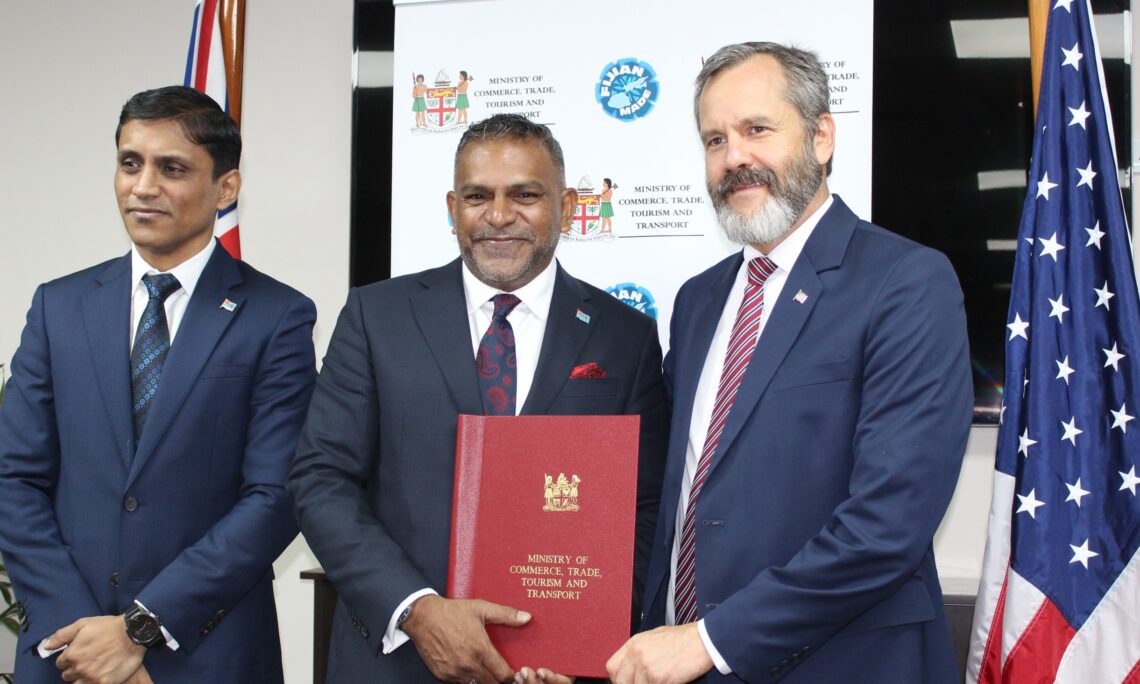 SUVA – Today, U.S. Ambassador Joseph Cella led a virtual signing ceremony to establish a Trade and Investment Framework Agreement (TIFA) between the United States of America and the Republic of Fiji. The TIFA creates a platform on which to further expand and deepen bilateral trade and investment ties between the two countries.

Ambassador Cella said, “It is a fitting time for our two countries to establish a TIFA and expand our trading relationship, as this past week Fiji celebrated the 50th anniversary of its independence. As a bridge builder, I look forward to working with the Ministry of Trade and United States Trade Representative to forge closer trade and investment ties under the TIFA.”

“Today’s TIFA signing marks an important step in increasing U.S. trade engagement with Fiji and the Pacific,” said United States Trade Representative Robert E. Lighthizer, who signed the TIFA on behalf of the United States. “This TIFA will help us to build on our already expanding trade relationship with Fiji, which hit a record high in 2019. It is also our first TIFA with a developing state in the Pacific, and it provides the opportunity, in select circumstances, for other small Pacific Island states to join as observers in TIFA discussions, which helps to strengthen our economic commitment to the region and uphold a free and open Indo-Pacific,” said Ambassador Lighthizer.

The Honorable Faiyaz Koya, Minister of Commerce, Trade, Tourism, and Transport (MCTTT) signed on behalf of Fiji, following cabinet approval for the TIFA.

Under the TIFA, the United States and Fiji will consult on a wide range of issues related to trade and investment. The two sides also will explore ways to increase trade in goods and services, and to encourage further investment between the two countries. Two-way goods trade between Fiji and the United States totaled nearly $350 million in 2019. The United States exported $103 million worth of goods to Fiji last year.