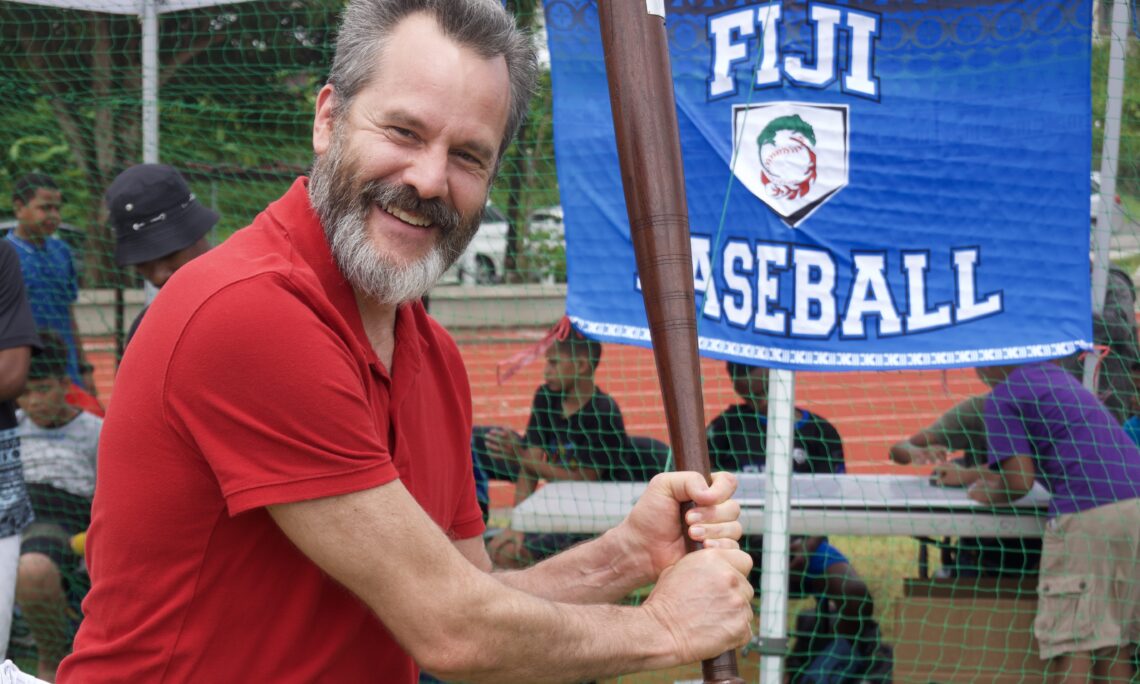 On Saturday, October 31 the Fiji Islands Baseball and Softball Association (FIBSA) and the embassies of the United States of America and Japan held a tri-nations softball match to promote cooperation.  The event, envisioned by U.S. Ambassador Joseph Cella and Japanese Ambassador Omura Masahiro, brought together three teams for a friendly softball competition to enjoy the camaraderie of sports and celebrate the 20th anniversary of FIBSA

U.S. Ambassador Cella said “It was great fun to bring my family out to play softball and build relationships with our friends and allies.  I played baseball for years as a boy, and my late father brought me to many men’s softball games in our hometown, so this is a bit of a reflective moment for me.  This special gathering is a reminder of how sports are a wonderful way to build bridges of friendship and collaboration.”

Japanese Ambassador Omura said “I believe in the power of sports and am very grateful to play softball all together.  This tri-nation softball match is another good example of goodwill and cooperation to strengthen our relationship on the occasion of 50th Anniversary of the independence of Fiji as well as for the Tokyo 2020 Olympics and Paralympics Games in 2021.”

FIBSA President Takao Mochida said “FIBSA sincerely appreciates this opportunity initiated by two major baseball/softball countries.  At the time of the 20th anniversary celebration, FIBSA hopes the event will further boost promotion and development of baseball and softball in Fiji.”

The U.S. Embassy sponsored this event celebrating the twentieth anniversary of FIBSA at the Marist High School field.  The cordial competition featured three matches between the teams, special remarks, and food sales by FIBSA families.

FIBSA was created in the aftermath of the 2000 Sydney Olympics.  FIBSA helps to coordinate baseball and softball teams in Fiji and works to promote healthy and resilient communities.  FIBSA has enjoyed support from the diplomatic community, with Japan as the major supporter.