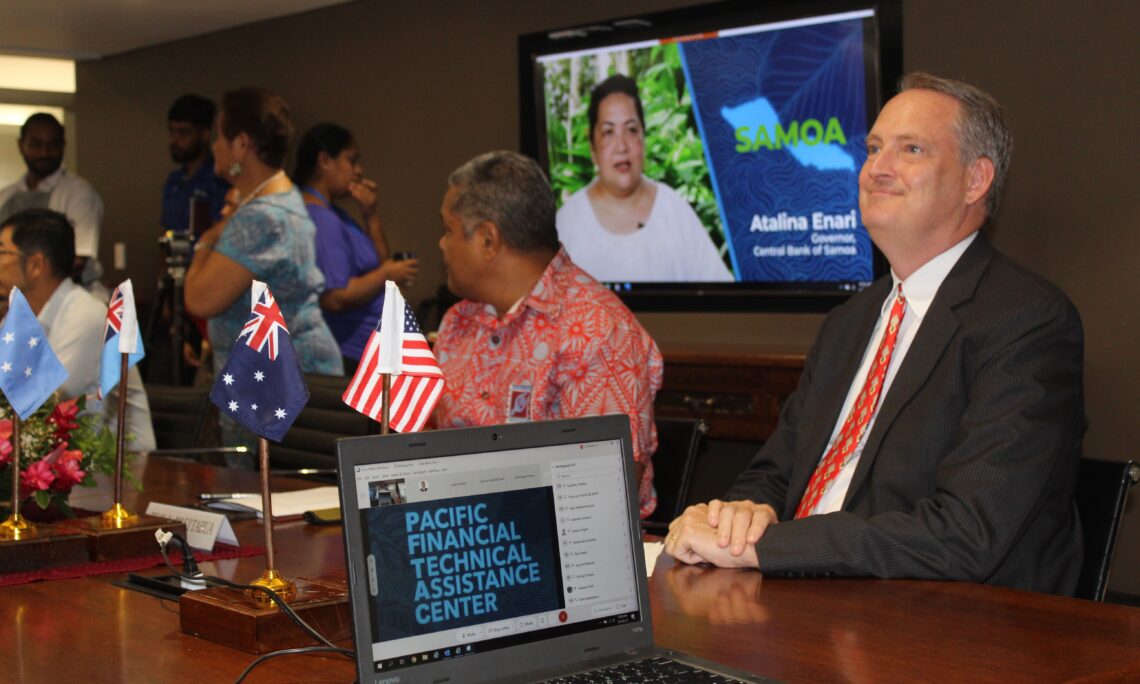 SUVA – The U.S. Embassy Chargé d’Affaires Tony Greubel announced on February 23 that the United States of America is contributing US$2 million (FJ$4.07 million) to the Pacific Financial Technical Assistance Center (PFTAC). The United States and the International Monetary Fund signed a letter of understanding to become the 7th donor in the fifth phase of PFTAC operations.

CDA Greubel said, “The United States is very pleased to become, for the first time, a donor to the Pacific Financial Technical Assistance Center (PFTAC), and to join other members and donors in supporting this key regional entity working to promote the macroeconomic stability and development of its Pacific islands members. As a Pacific nation, the United States has a strong and enduring interest in the security, stability, and prosperity of our close partners and neighbors in the Pacific.”

PFTAC Center Coordinator David Kloeden, CDA Greubel and Reserve Bank of Fiji Deputy Governor Esala Masitabua spoke at the announcement event about the value of PFTAC in the Pacific. The CEO of the Samoa Ministry of Finance Oscar Malielegaoi shared his experience with the PFTAC training and support to strengthen and stabilize their economy.

This announcement originally came as part of the October 2020 U.S. announcement of over $200 million in new programs under the Pacific Pledge, the U.S. commitment to the Pacific through the U.S. Indo-Pacific Strategy. The United States celebrates the work PFTAC has done to pivot its response to meet the challenges of the pandemic, to include virtual trainings and adjusting priorities for assistance. PFTAC’s work to enhance debt transparency and sustainability and to help Pacific nations avoid debt distress is imperative.

The Pacific Financial Technical Assistance Centre (PFTAC) was established in 1993 to promote macro-financial stability in the Pacific island countries (PICs) through a focused program of technical assistance and training. PFTAC was the first of the International Monetary Fund (IMF) regional technical assistance centers. The goal of PFTAC is to strengthen the institutional capacity of Pacific countries to design and implement sound macroeconomic and financial policies. PFTAC assistance is provided to sixteen PICs, including Federated States of Micronesia, Fiji, Kiribati, Nauru, Palau, Papua New Guinea, Republic of the Marshall Islands, Samoa, Solomon Islands, Timor-Leste, Tonga, Tuvalu and Vanuatu, plus the Cook Islands, Niue and Tokelau. PFTAC’s operations are funded by the Asian Development Bank (ADB), Australia, Canada, the European Union (EU), Korea, New Zealand, and the United States.